Given the size difference in the trio of Toyotas mentioned above, you’d expect that the longer the car, the more room there is inside.  And that’s true here, but there are interesting differences in how the models distribute their cabin space.  Unsurprisingly, the RAV4 has the most rear legroom (37.8″), followed by the Corolla Cross (32″) and the C-HR (31.7″).  Surprisingly, the order is reversed in front, where C-HR’s legroom measures 43.5″, followed by The Corolla Cross (42.9″), and then RAV4 (41.0″).  In practice, Corolla Cross comfortably seater six footers in front, but like-size folks will only fit in back with some compromise in seat pushback from those in front.  If you regularly carry two rows of people and said people run tall, you may appreciate the RAV4’s extra 5.8″ of legroom in back.  Cargo-wise, Corolla Cross will hold 24.6-65 cu.-ft. (AWD).  Rear seatbacks fold to a mostly flat load floor to carry longer items.  Sliding into the front seat, the layout of controls is fairly straight forward and easy to reach.  The  touch point padding on the armrest and center console feels thin.  I like the size of the outside rearview mirrors.  They’re larger than most, and – combined with the embedded, blind spot monitoring icons – they give the driver a very good look at what’s along side. 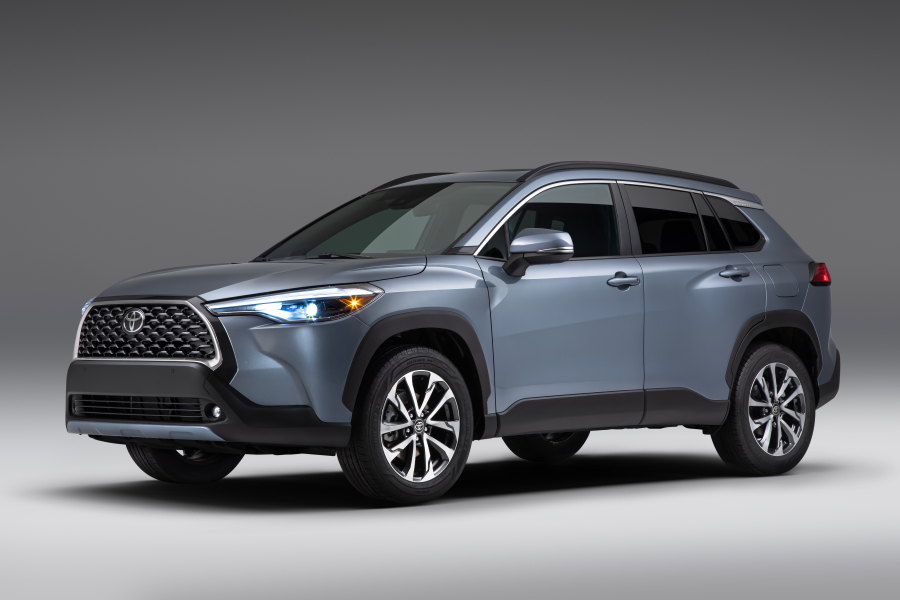 I recommend All Wheel Drive to anyone who lives where we live.  Take the $1,300 upcharge, chop it up and spread it over your payments, and you’ll hardly feel it.  You also won’t feel nearly as many White Knuckle Moments when driving in winter.  AWD equipped models also get a multi-link rear suspension, and so equipped, Corolla Cross rides well for a small crossover.

All trims share the same engine: a 2.0 litre, four cylinder, rated at 169 horsepower, and 151 lb.-ft. of torque.  The four is paired with a Continuously Variable Transmission.  EPA fuel economy estimates are 31/33/32 for FWD and 29/32/30 for AWD.  My AWD tester registered 26 miles per gallon over 400 miles of mixed driving.  The 2.0 litre four has adequate power around town, though it’s slow to gather speed (low to mid 9-second times from 0-60).  Drivers learn to plan ahead in high demand situations, like on-ramp merges or when passing.  The engine is loud when prodded, but otherwise unobtrusive. 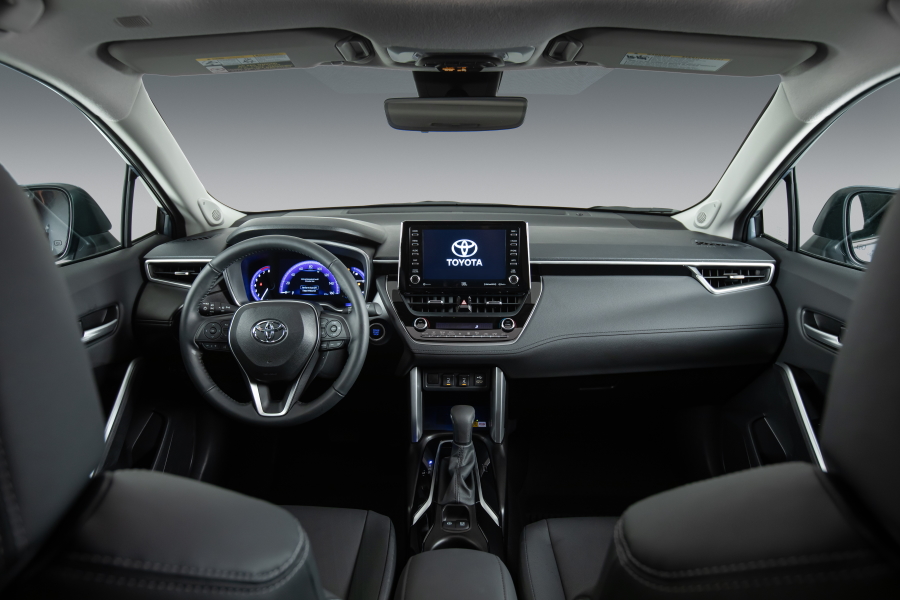 There’s one more thing for Corolla Cross shoppers to think about.  Toyota has announced that a hybrid powered version of this model will be added to the lineup this fall, for the 2023 model year.  According to the company,  the Corolla Cross Hybrids (which will be strictly All Wheel Drive) will make 194 horsepower, and be capable of an estimated 8.0 second 0-60 time.  Unofficial mileage estimates from Toyota predict 37 mpg’s combined.  Prices have not yet been announced (and will, of course, be higher than the gas powered versions), but an extra 25 horsepower, and a possible 5-7 more mpg’s are something worth considering.