Nearly one out of every two vehicles bought in the U.S. is a Crossover or SUV.  But, 1.5 million midsize passenger sedans were sold here in 2019, proving that a lot of Americans still prefer what this class of vehicles has to offer.  Kia’s lineup has both segments covered, with six SUV/Crossovers, and six sedans.  New for 2021, the K5 replaces Optima as Kia’s mainstream, midsize sedan model.  It’s available in five trim levels – LX, LXS, GT-Line, EX and GT.  All are front-wheel drive, but LXS and GT-Line are also available with all-wheel drive (+$2,100 LXS, +$3,700 GT-Line).  Prices range from an MSRP of $23,590 – $30,590. 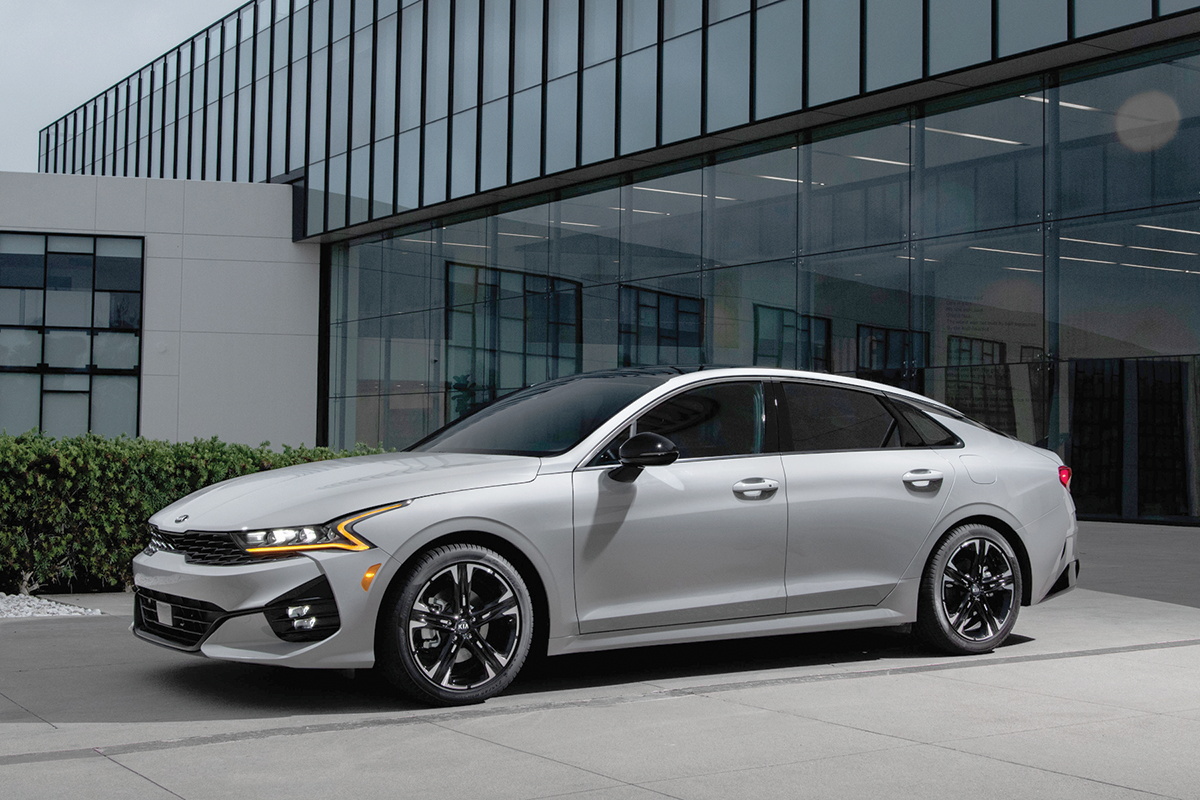 K5 has a handsome design; long and low, with a curving, coupe-like roofline that resolves in a fastback tail.  All models except the GT are powered by a 1.6L four cylinder engine, connected to an eight-speed automatic transmission.  The turbo four makes 180 horsepower and 190 lb.-ft. of torque.  It’s well suited to the K5.  My seat-of-the-pants  estimate is in the 7-8 second range from 0-60, which is fine for all-around use.  EPA estimates for fuel economy are 26/34/29, and I averaged 22 mpg’s in my week behind the wheel.  GT models run a 2.5L turbo four.  Rated at 290 h.p. and 311 lb.-ft. of torque, it’s coupled to an 8-speed, dual clutch automatic.  Selectable Drive Modes (Normal, Smart, Sport, Custom and (in GT) Sport+) make corresponding adjustments to throttle response, shift points and steering boost, and AWD equipped models have a Snow mode.  AWD reduces winter driving anxiety, and overall, K5 corners capably and rides smoothly.  With its sportier suspension, beefier brakes and bigger motor, the GT figures to raise the car’s performance potential to match its shape.  But remember, opting for the GT’s extras means that you forego the option of AWD. 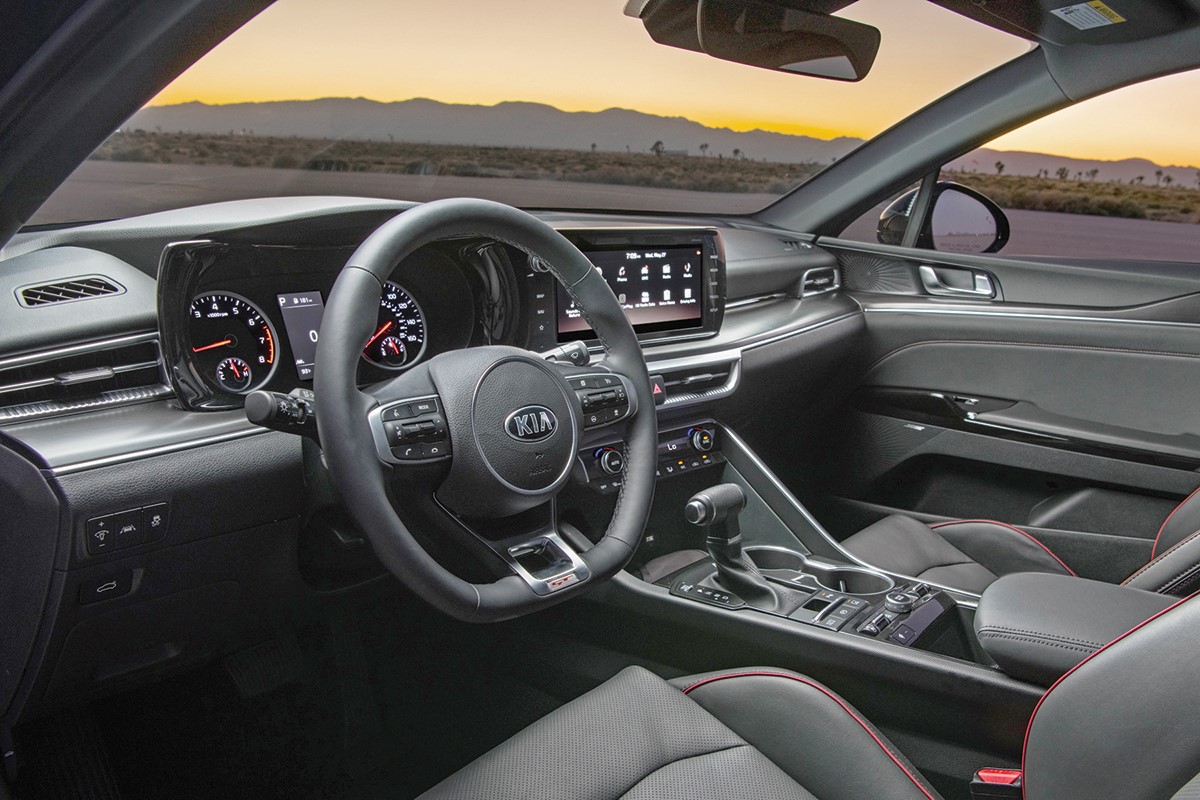 K5’s interior is comfortably large.  There’s sufficient legroom in both rows for six footers plus.  Headroom is good up front, though the sloping roofline means that taller riders in back may brush against the headliner.  Trunk capacity is 16 cubic-feet, which is about average for the segment. The rear seatbacks fold down to accommodate long items, though it results in a two level load floor. And, as with any sedan, the slot that you load the trunk through isn’t as big as in a crossover.  The front cabin has a clean design. Two dials and bank of buttons at the base of the center console control the HVAC functions.  Above, the infotainment system is accessed by either an 8″ or 10.25″ touchscreen.  The smaller screen has actual buttons and wireless Android Auto and Apple CarPlay connectivity, while the larger screen has virtual buttons, voice recognition and a hard-wired connection for smartphones.  With the exception of leather upholstery, most desirable luxury or tech features are available by trim level or as stand-alone options.

Though late to the passenger car party, K5 is a welcome, fresh face in the segment, and a worthy addition to your midsize sedan shortlist.