Nissan’s Rogue is all new for 2021.  First introduced in the 2008 model year, Nissan’s best seller competes in the hotly contested, small SUV/crossover segment.  Size-wise, the third generation Rogue is slightly shorter (1.5″) and lower (.2″) than the outgoing version.  It’s positioned midway up Nissan’s six rung, SUV/crossover ladder, with Kicks and Rogue Sport below; Murano, Pathfinder and Armada above. Offered in S, SV, SL and Platinum trim levels, base prices range from $25,260 – $35,430 with front-wheel drive.  All-wheel drive can be added to any trim, for an additional $1,400. 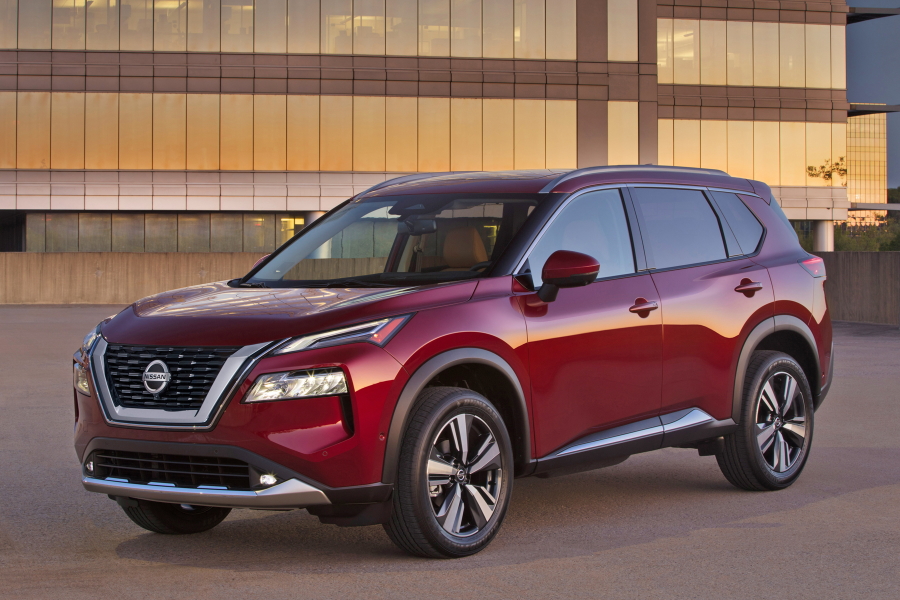 All models get a 2.5L four cylinder engine, coupled to a Continuously Variable Transmission.  The engine makes 181 horsepower and 181 lb.-ft. of torque, which is +11 and + 6, respectively, compared to the previous edition.  That translates to about a low 9-second, 0-60 time.  But, Rogue feels faster than that number, and has sufficient power for all normal driving maneuvers.  The engine is loud at full throttle, but otherwise goes about its business quietly.  EPA fuel economy estimates are 25/32/28 (AWD), and I averaged 23 mpg’s during a cold, snowy week behind the wheel in the Capital District.

And because of said snow, I was sampling the benefits of the AWD system, which does what you want it to do, making wintry travel conditions less of a white knuckle affair.  Rogue operates in front-wheel drive most of the time, shifting power to the rear wheels as needed, when conditions dictate.  Five driving modes – Sport, Off-Road, Snow, Auto and Eco – make corresponding adjustments (e.g. throttle response, steering boost) to suit the driving situation.  Rogue corners competently and has a smooth ride.

The interior is well designed for accommodating a small family.  Going from back to front, cargo capacity ranges from 36.5-74.1 cu.-ft., depending on how you arrange the seats.  Looking at the top ten vehicles in this segment, Rogue’s max cargo number  trails only the Subaru Forester (76.1) and the Honda CR-V (75.8).  The stowage space behind the second row is again in the top three, behind CR-V (39.2), and RAV4 (37.6).  Lift over height in back is low, and the top two trims have a cargo management system that gives you options for holding your gear.  Rogue’s rear seat leg room is about average for this class, and enough to hold a six footer behind same.  The back doors swing open nearly 90 degrees, which comes in handy when installing a car seat (or two, or three), and simply makes it easier to get in and out. 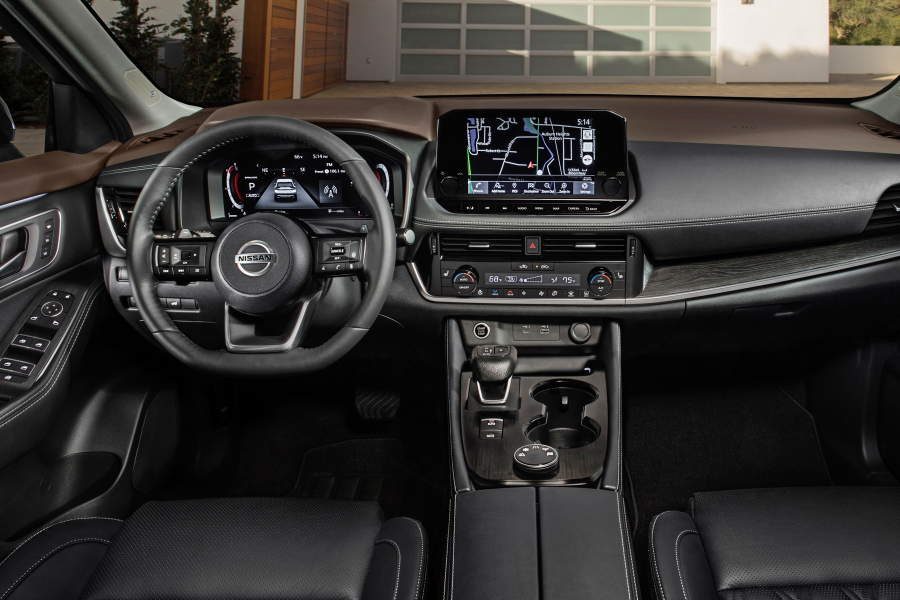 Like many Utes, Rogue’s roof line cuts into the driver’s ¾-rear visibility.  Blind spot monitoring is therefore a must.  Happily, it’s included as part of Nissan’s Safety Shield 360 suite, which is standard equipment on all trim levels.  SV, SL and Platinum trims get additional, standard technology, including a bird’s-eye view camera system, which makes quick work of backing into tight spots.  The amount of standard, safety technology (and the $28,740 (AWD) MSRP) make the SV the prime, value pick among Rogue models.