Last year, Toyota rolled out its 12th generation Corolla. It was the first, full re-do for the compact class veteran since 2013.  Just a year removed, it’s no surprise that the 2021 models return with few changes.  The most notable of these is the addition of a new trim level, known as Apex.  With the addition of that edition, Corolla Sedans now come in nine variations: L, LE, Hybrid LE, SE, SE Nightshade Edition, SE Apex Edition, XLE, XSE and XSE Apex Edition.  Prices range from an MSRP of $20,025-$28,310; all models are front wheel drive. 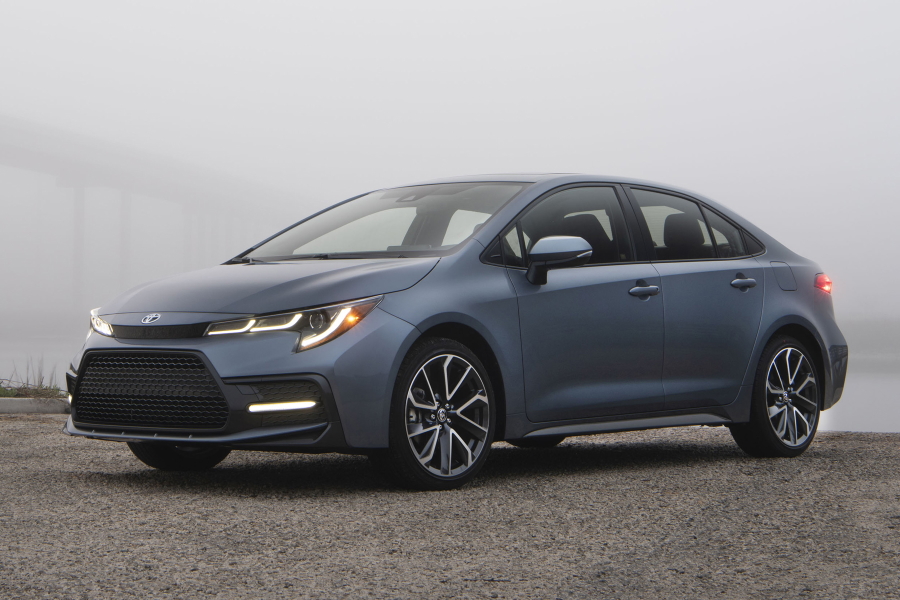 Corolla’s first ever hybrid-powered model debuted in 2020.  I’ve driven that car, and like most hybrids, it boasts big time mpg numbers.  According to EPA, Corolla Hybrid’s expected mileage is 53/52/52 (I recorded 59 mpg’s during my test drive).  Offsetting those very impressive numbers, however, is the hybrid’s leisurely acceleration.  With a 0-60 time north of 10 seconds, hybrid drivers learn to mind their limitations, in high demand situations (passing, merging), and plan accordingly.  My latest Corolla test drive was in an XSE.  All trim levels SE and up, trade the standard, 139 h.p. 1.8L gas powered four cylinder, for a 2.0L four, rated at 169 horsepower, and 151 lb.-ft. of torque.  This is reasonable power for the platform, and the car performs all tasks competently.  It’s also capable of surprisingly good mileage.  My extended test drive covered multiple states and 750 miles.  EPA estimates for the 2.0L’s fuel economy are 31/38/34.  With a heavy dose of high speed, highway driving (90%), I averaged 40.9 mpg’s for my week behind the wheel.  Not quite hybrid territory, but impressive economy – with better performance.  That blend will strike many as a good compromise, and it’s a vote for the larger of the two, gas engines.  Corolla rides comfortably and corners capably.  For those wishing to up the sporting factor, stiffer suspensions, special paint/wheel selections and even a stick shift are offered on some trims. 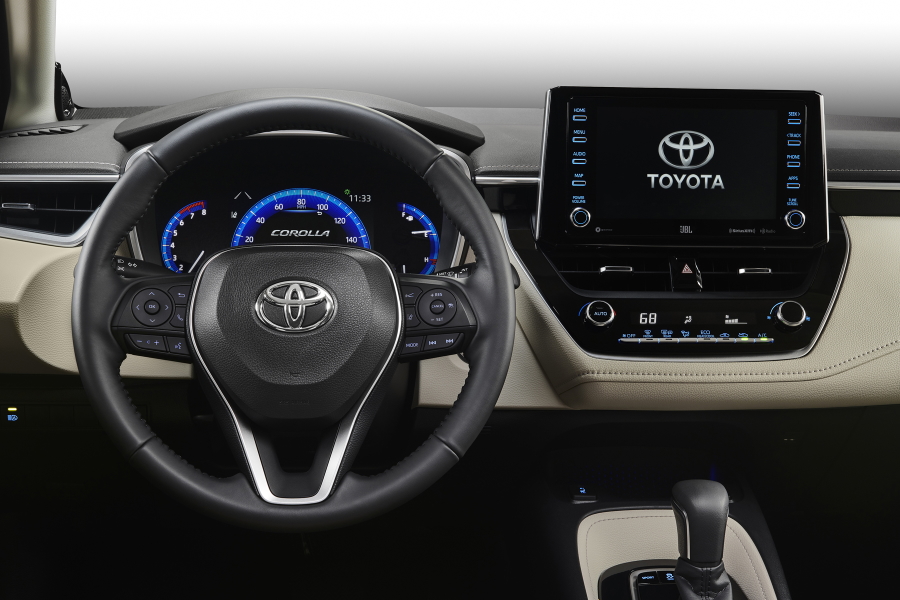 The body style of the Gen 12 Corollas is noticeably fresher than the version it replaces, which –  after seven years – had grown somewhat dated.  The new interior is similarly clean looking, and up to date.  Corolla’s dashboard scores points for the location and ease of use of controls.  The 8-inch touchscreen top center on the dash allows access to Toyota’s Entune infotainment system.  Entune 3.0 is compatible with Apple CarPlay and Amazon Alexa, and – new for 2021 – also for Android Auto.  The front cabin is short on spots to empty your pockets.  Center console and door pockets run small.   I’m six feet tall, and like a fairly upright driving position. With the driver’s seat so set, I could also (just) fit in back.  Throwing a comparison net over segment stalwarts Corolla, Civic and Sentra, the Toyota has the most rear headroom, The Nissan has the best front legroom, and Civic is tops in front headroom and rear legroom.  Corolla’s trunk capacity (13.1 cu.-ft.) trails Sentra (14.3) and Civic (15.1).  The Corolla’s rear seatbacks fold down to accommodate long items, though it results in a two level load floor, and you may have to move the front seats forward to allow the rear headrests to clear.