A church at the forefront of bringing COVID-19 vaccinations to the Black community held its first in-person gathering in over a year on Easter Sunday.

The pandemic had prevented meetings from being held at the house of worship.

However, as more people get vaccinated and still maintain some safety practices — mask wearing, social distancing, etc. — more houses of worship across the U.S. are starting to try and safely hold some form of worship service — even if it is not indoors.

Given the mild and sunny weather, services were held outside on the church parking lot. Pastor Nicolle D. Harris of Duryee Memorial AME Zion Church sermonized from a flatbed trailer platform, a microphone and speakers carrying her words to dozens of face-masked parishioners sitting on folding chairs.

Cries of “amen” and “beautiful” could be heard after a women’s choir sang, “Why Did He Do It?”

A children’s service of about 12 kids delighted the adult parishioners, as the kids tried to stay in rhythm with the music, their bodies swaying while their arms reached toward the sky. The children received at least four rounds of applause.

Harris playfully told the parish to allow the children first dibs on Easter baskets and toys. 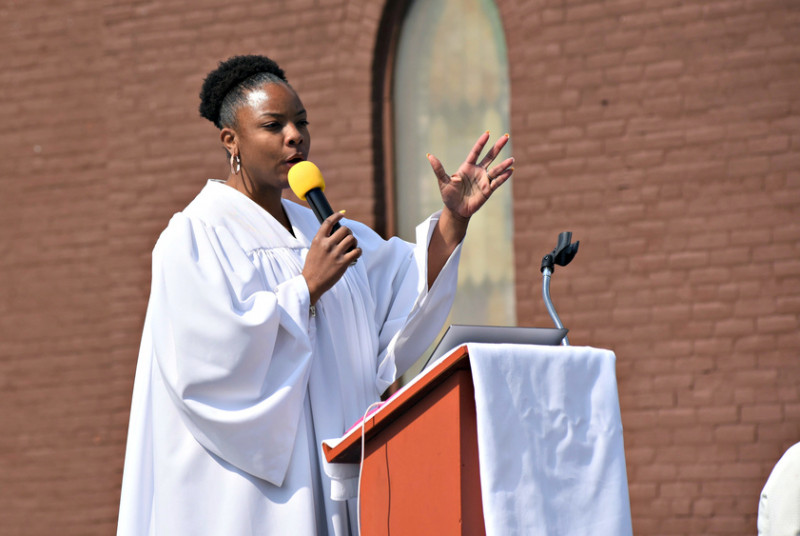 After the service, the pastor of the 183-year-old house of worship told a reporter, “God is everywhere. He’s in the parking lot, in the building, in our homes and in our hearts.”

Harris expressed hope that the community would continue to pray for each other, to get through the pandemic’s devastating effects.

The Hulett Street church recently hosted a pop-up site for the initial Moderna COVID vaccine dose, with 76 people vaccinated. They are set to return for a second dose April 17.

Harris said she was among the first people in the city to get vaccinated, as clergy and those who operate houses of worship were classified as essential personnel for vaccination by the Department of Homeland Security Cybersecurity and Infrastructure Security Agency.

Noting some Black people’s general hesitation about the vaccine, Harris said Duryee’s women’s ministry is holding a webinar that will address the topic at 10 a.m. Saturday.

Harris is also president of the Schenectady chapter of the NAACP, which held a forum about the same topic.

The pastor said she was also at first hesitant to get vaccinated, because she wanted to learn more. But she resolved to get it done quickly to share her experience, including discussing any side effects, with parishioners. 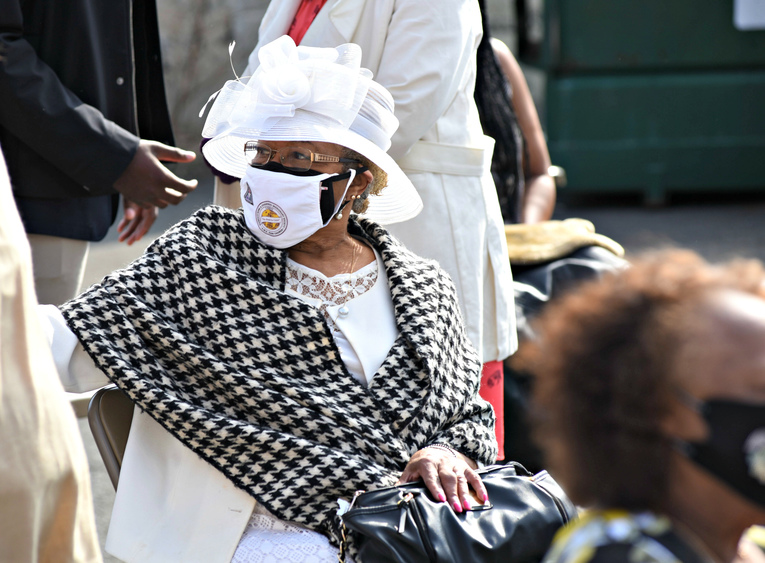 She said a few church members who work at a hospital also have also been vaccinated, which has been helpful in allaying concerns about the vaccine within Duryee.

“For me, it’s not unwarranted, the hesitation that people have, because there are real things that have happened in the history of this country with distrust between medical community, the government and all that other stuff,” she said of the decades-long Tuskegee study of untreated syphilis in black men.

“People have real concerns, and I think the best thing we can do is educate them as we are learning and giving the vaccine,” Harris said.

After the service, members of the congregation approached Harris to express appreciation for finally being together again.

Karen Brown, a church usher who’s been attending Duryee her entire life, said she missed the church deeply during the hiatus of in-person services.

“It was awesome,” the 65-year-old Brown said of the service. “It was good seeing everybody, and it’s good to the see the pastor face to face, instead of on Zoom, which is what we’ve been doing.”

Mittie Meisel, another lifelong member of the church, whose ancestors played a role in founding the place of worship, said her lack of technical acumen made it extraordinarily difficult to stay connected to the church.

“I am not a mechanically inclined ‘Zoom person,’ or even a telephone person,” Meisel, 70, said, adding that the programs are usually halfway finished by the time she figures out how to access them.

“It’s heaven for me to get here,” she said of Easter service.

Harris said she was pleased by the turnout of about 40 people in the parking lot, and another 20-plus on Zoom. The church has about 100 members. 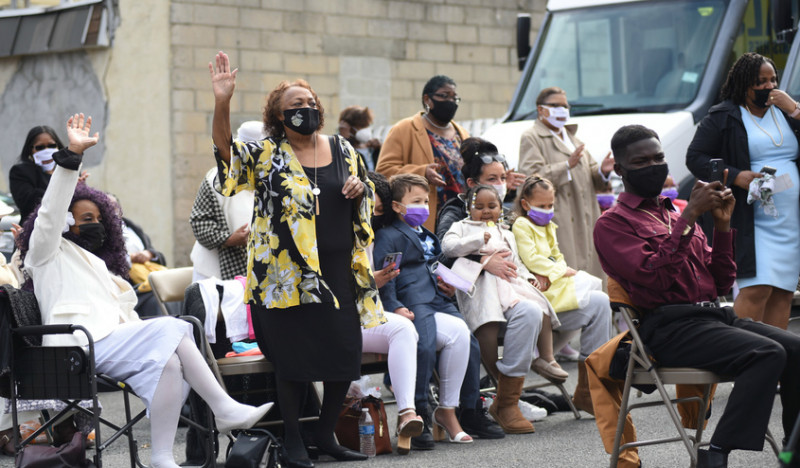 “I don’t expect everybody, especially some of our elderly members, to rush back to corporate fellowship,” Harris said.

Asked about the challenge of leading a church during a pandemic, Harris suggested there isn’t a class or seminar in Pastoring 101 to an empty sanctuary.

But there have been a couple of positive notes from the pandemic, Harris indicated.

First, it forced the community to check on one another more often, and to place less stock in the actual building, which she referenced during her sermon, when she said people sometimes look for Jesus in the wrong place.

“You were looking for Jesus in the pew, when you should have been looking in your heart,” she told attendees.

Harris also noted that the church has raised $2,000 since Thursday, after receiving word about a mission that provided meals for over 700 patients at a hospital in Leogane, Haiti, that was running out of supplies.