Louise Dickinson and Jeffrey Klein wanted a place to farm.

They found it — an overgrown apple orchard in Rotterdam Junction where they could make cider, breed sheep, raise chickens, bake pies and build a new life together.

The property had a lot to offer, and it came with something they weren’t looking for: a long-dormant country store.

It was an opportunity Dickinson and Klein embraced, reopening the store as The Hungry Chicken Country Store and transforming it into a cozy community hub known for mouthwatering breakfast sandwiches and tasty wares such as jams, ice cream, pickles and fudge. Perhaps best of all is the cider, pressed from their own apples and sold in the fall.

“The store was here,” Dickinson recalled, when I asked her which came first, the idea of running a country store, or the store itself. “We said, ‘Let’s go for it.’” 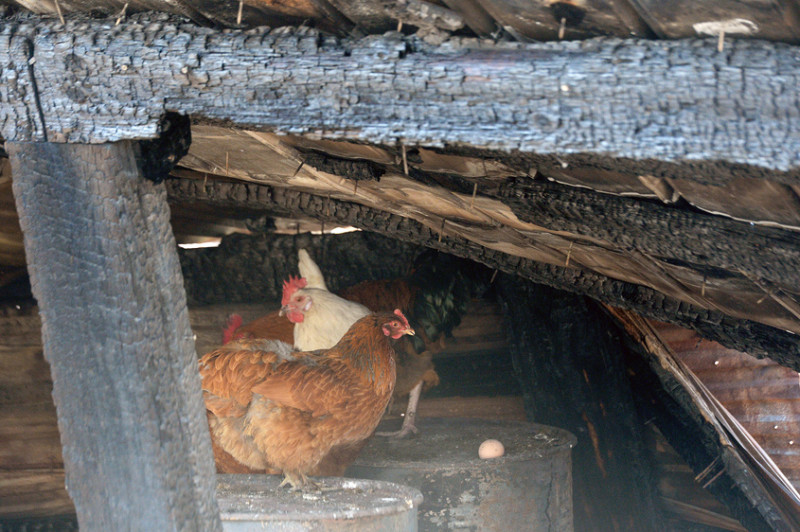 I’ve been meaning to visit The Hungry Chicken since late last year, when I met Klein and learned of his plans to start making and selling hard cider.

Since then, I’ve passed the store numerous times while driving on Route 5S, but never made time to stop until Monday, after learning of the terrible fire that killed seven of Dickinson and Klein’s sheep and destroyed three outbuildings, including their cidery, last Thursday night.

“We had 25 gallons of hard cider just about ready to bottle,” Dickinson said, during our chat on her porch.

The fire was a bad break for a small, local business with a loyal following and plans to expand – plans that are now on hold, as Klein and Dickinson assess the extent of the damage and the cost of restoring what was lost.

Right now, the best thing those who wish to help Klein and Dickinson can do is shop at The Hungry Chicken. The store, within spitting distance of the Erie Canalway Trail, has seen an influx of new customers since the blaze.

That support shows a close-knit community pulling together to assist neighbors in need.

“It’s been incredibly overwhelming and heartwarming,” she said. “People have definitely responded. I want to thank all the firefighters, and the person who called 911.” 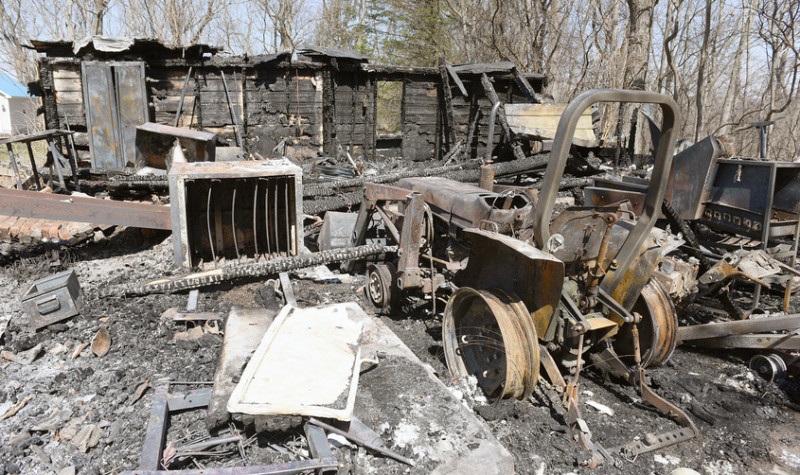 If the pandemic has served as a large-scale reminder of the value of shopping local, smaller crises such as the fire at The Hungry Chicken teach a similar lesson about the importance of investing in the entrepreneurs in our own backyard.

“We’re still working to make a profit,” Dickinson said. “Part of our commitment is to have the store for the community.”

The Hungry Chicken is a gem — a warm, lively, old-fashioned store that specializes in food and crafts from upstate New York, though you can find bottles of Coke and cans of seltzer water in the coolers. Some of the food, such as the pies, is made on site. Other items, such as the maple syrup from Maple Milk Farm in Cambridge, is produced elsewhere, by other small businesses.

“There’s so much negativity going on in the world, and what I’ve noticed is that when people come into the store is that they’re happy to be there,” Dickinson said.

Dickinson, 55, and Klein, 66, purchased their farm in 2016, and opened The Hungry Chicken in 2017. They were married under an apple tree, with their first two sheep, Laverne and Shirley, who both died in the fire, looking on.

Last year, Dickinson, a mechanical engineer, retired from her full-time job at General Electric to focus on making hard cider. Klein brings farming experience to the enterprise — from 1995 to 2001, he ran an organic farm in the Albany County town of Westerlo. 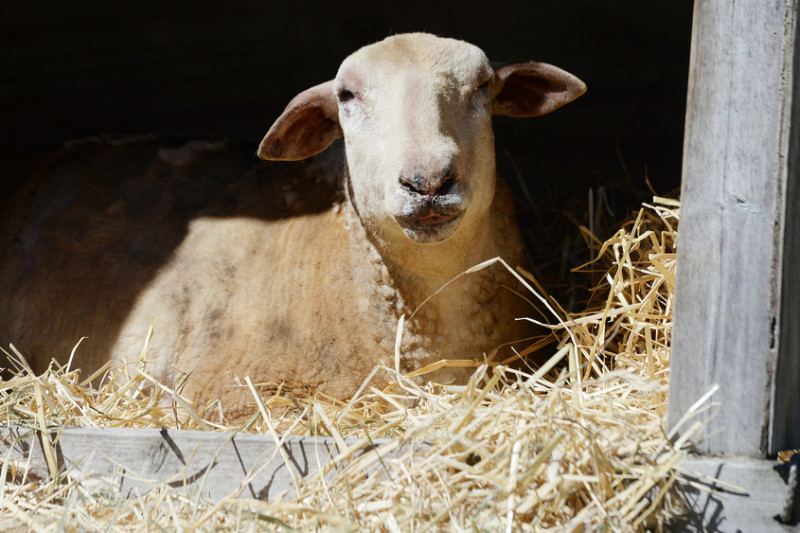 Klein and Dickinson are still reeling from the fire, which brought some of their dreams to a sudden halt.

From our vantage point on the porch, we could see the charred remains of their outbuildings, as well as the apple orchard and a greenhouse where the couple hope to grow their own produce to sell, a new endeavor.

Ernie, the sole surviving sheep, paced in the distance.

It was nice to see, and hopefully a harbinger of better days to come.

Reach Sara Foss at [email protected] Opinions expressed here are her own and not necessarily the newspaper’s. 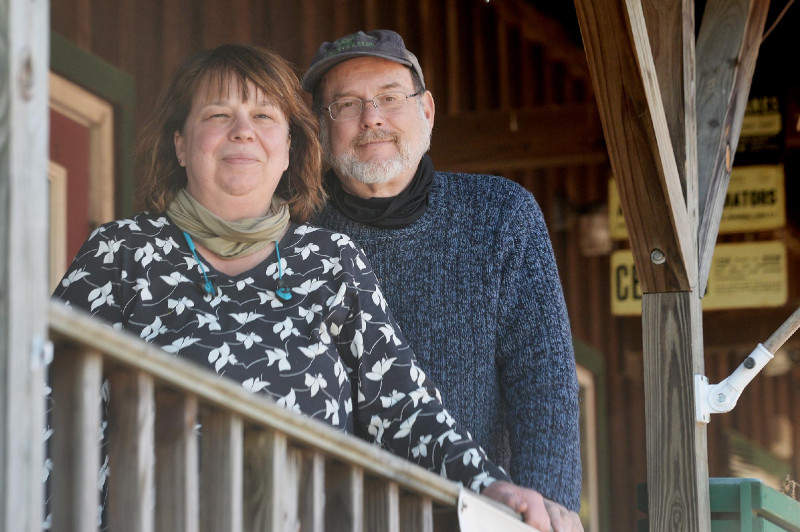