SCHENECTADY – A fire damaged a home late Thursday night in Schenectady in one of two fires reported within four hours of each other, Schenectady fire officials said.

In one of the fires, a firefighter was injured, though officials described the injuries as non-life-threatening.

In both fires, the occupants got out safely.

The first fire happened just after 7 p.m. in the area of Stanley Street in Hamilton Hill, officials said. Firefighters found the blaze toward the rear of the building and prevented further spread. No injuries were reported there.

The second fire then happened at about 11 p.m. on Third Avenue in Mont Pleasant. Fire crews arrived to heavy fire and smoke coming from the second floor. Crews again worked quickly and contained the fire damage before it could spread, officials said.

The Third Avenue fire resulted in the firefighter’s injury. Officials did not describe the injury further in a Facebook post.

Firefighters responded to the scene on Third Avenue at around 11:30 p.m. for a fire in a second floor bedroom.

“Due to quick action and teamwork from the firefighters of the Schenectady Fire Department, injuries to our citizens were avoided and damage to property was kept to a minimum,” fire officials wrote. 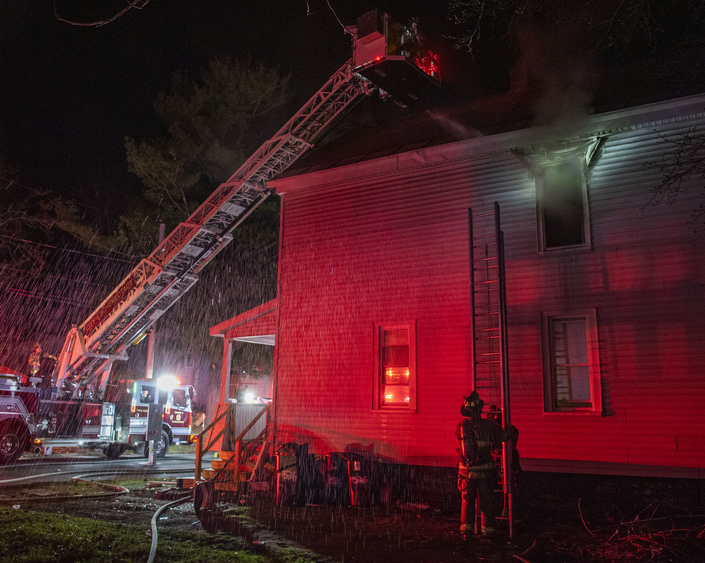