GLENVILLE – A man walked away from a rollover crash this morning that left two cars and a trailer totaled and the porch and landscaping of a home damaged. “He’s lucky to be alive,” said Donna Polsun of 6554 Amsterdam Road, also known as Route 5.

Pulson said she was inside her home when she heard then saw the man’s car go flying by. After a few moments of quietness, Polsun said she opened her front door and saw the man’s vehicle rolled over on its side. She immediately called 911.

“They had to fold back the windshield to get him out of the car,” she said. 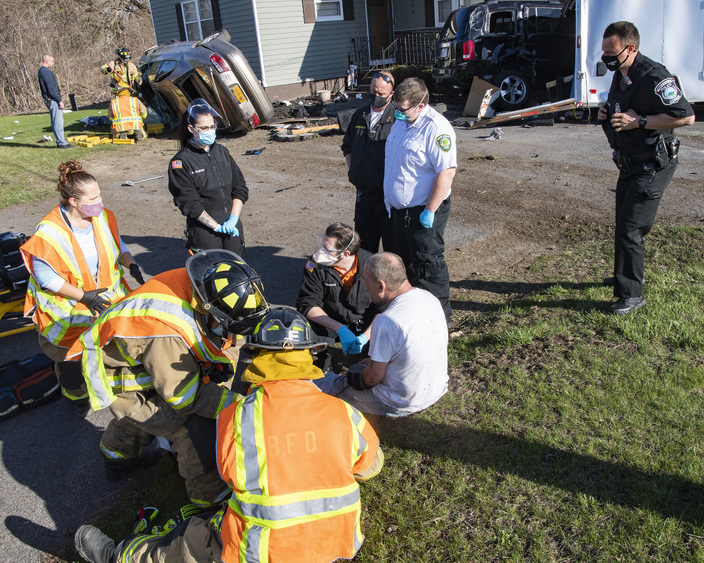 Beukendaal firefighters tend to the driver of a car that slammed into a parked trailer and Honda Pilot in front of 6554 Amsterdam Road Friday. PETER R. BARBER/THE DAILY GAZETTE

He had cuts on his forehead but was conscious when he was taken to the hospital.

Pulson said officers believe the man went off the road and became airborne before slamming into Pulson’s trailer, which then collided with her Honda Pilot.

An officer told her that if the trailer hadn’t been there he probably would’ve driven right into her home. She said he would’ve hit her bedroom, which she had left just 30 minutes earlier. 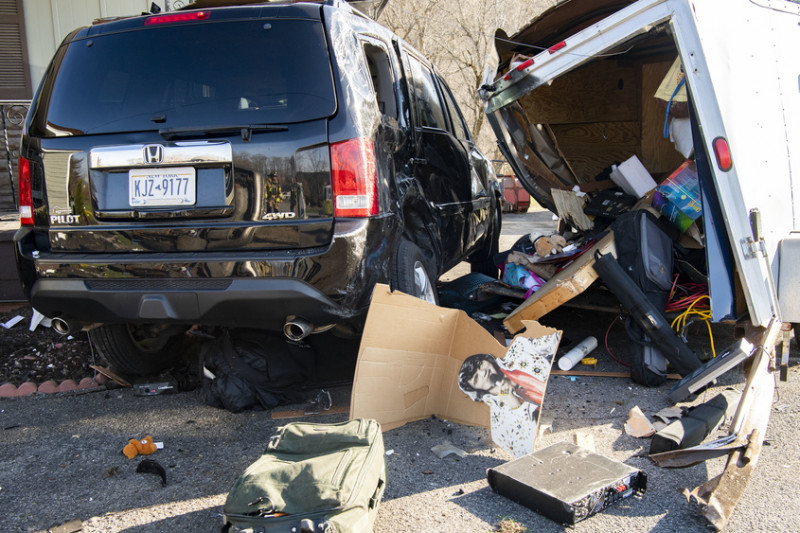 She said a pole had also been hit and that there was a live wire on the ground that National Grid was called in to fix.

It is not the first time a vehicle ran on to Pulson’s property. She said in November a woman was arrested for allegedly driving while on drugs and having drugs in her car after she tore through the front of Pulson’s landscaping and hit the mailbox.

The police department could not be reached for comment.