COLONIE – The body of 20-year-old Army paratrooper Spc. Abigail Jenks of Wilton was returned to her family on Thursday, following her death in a parachuting training accident at Fort Bragg, North Carolina, on April 19.

Jenks was flown in to Albany International Airport Thursday afternoon, where her arrival was greeted by numerous family members, Saratoga County sheriff’s deputies, and a Patriot Guard escort.

“When I saw the plane my heart filled up a lot more,” her mother, Mary Jenks, told reporters on the airport tarmac. “I’m so relieved that she’s home now with us, and I just wanted to thank all of the 82nd Airborne for delivering her safely to us. Thank you to the Army and everyone in the 82nd Airborne. I know that everyone’s hurting right now, and I’m just thankful that she’s safe.”

The Army has said Jenks died in an accident while participating in a static-line training jump from a helicopter.

Jenks grew up in the Greenfield-Saratoga area, and was a 2018 graduate of Saratoga Springs High School who enlisted soon after graduation. She was assigned to the 82nd Airborne Division.

The body was greeted by her mother, her grandparents, three siblings and her fiancé, Sgt. Shane Allen Warren Grant, a fellow paratrooper.

Funeral services with full military honors will be held at 11 a.m. Saturday at Wilton Baptist Church, 755 Saratoga Road, with a calling hour at 10 a.m. at the church. Burial will be at 1 p.m. Sunday at Greenfield Cemetery in Greenfield.

Mary Jenks said the activities of the next few days should be seen as a celebration of Jenks’ life. “She would not want me to be crippled in the corner or playing the victim or be destroyed by this,” she said. “She always became a better person the next day. She was very creative, always working on projects and things and making people feel comfortable, and I can learn that from her. This is just the beginning, and I am sharing my daughter with everyone I can. I want to remember how positive she was.” 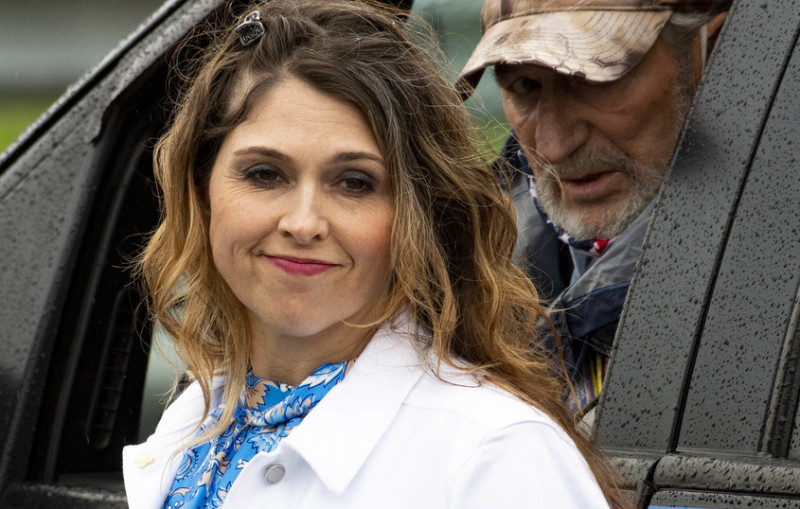 Mary Jenks, mother of Spc. Abigail Jenks of the 82nd Airborne smiles at members of the Patriot Guard to thank them for assembling at Albany International Airport to escort her daughter back to Saratoga Springs Thursday. PETER R. BARBER/THE DAILY GAZETTE 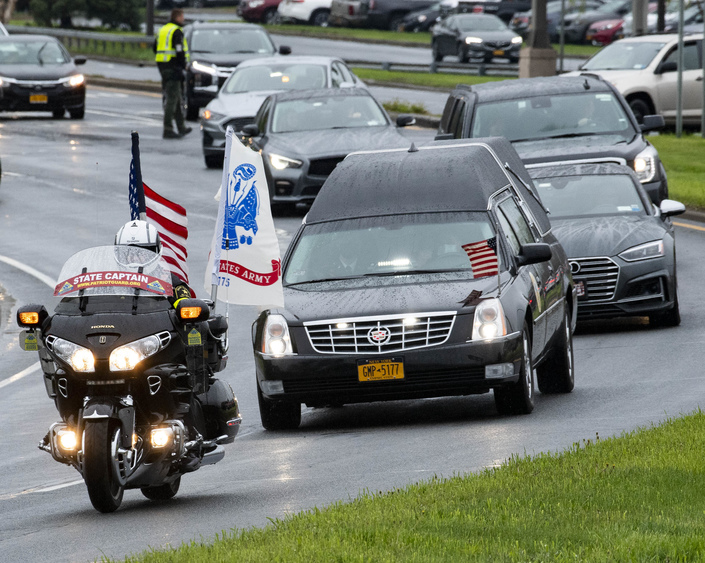 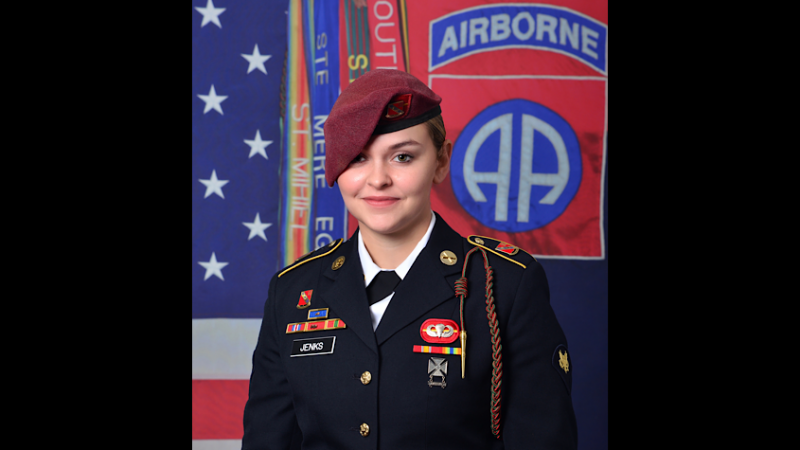