MALTA — The announcement last week that computer chip manufacturer GlobalFoundries would move its headquarters to New York was a milestone in a journey that began nearly a quarter-century ago.

New jobs won’t immediately be transferred to the Fab 8 semiconductor factory in Malta because many of the headquarters functions and personnel already had been moved there from Silicon Valley.

The move is more than symbolic, though: It adds further weight to the model of a Capital Region semiconductor industry based on the triad of education, research and manufacturing.

Economic development officials hope this will bring further activity and new companies to the region, especially amid a renewed push to manufacture more computer chips in America and to provide federal subsidies to make that happen.

Back in 1998, the state launched Chip Fab 98, an initiative to attract chipmakers to New York. North Greenbush was the site of an early proposal that ultimately was rejected. Luther Forest on the Malta-Stillwater border was a later focal point, and with huge investments of time, effort and money, was the site of a 2009 groundbreaking ceremony by GlobalFoundries’ former corporate parent, Advanced Micro Devices. 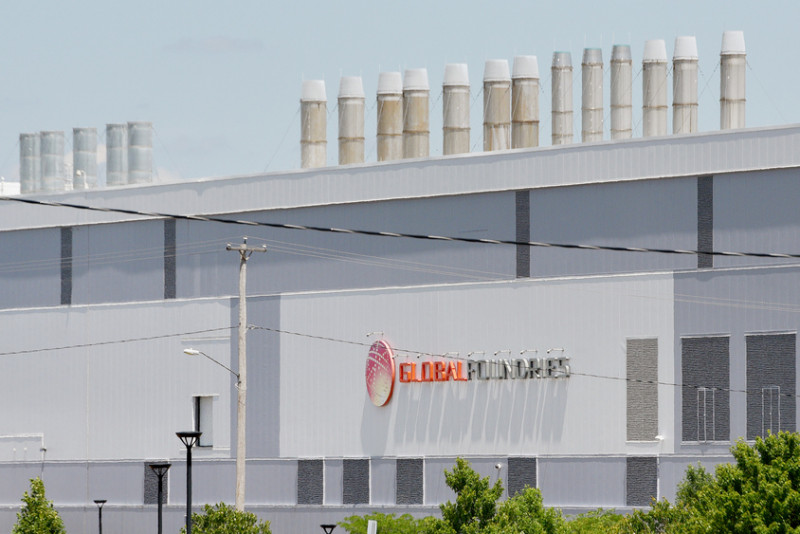 AMD in return committed to build a cutting-edge factory that would cost $4.2 billion and employ 1,465 people; doing the math, that’s a public subsidy of nearly $1 million per job.

A dozen years after that groundbreaking ceremony, total investment in Fab 8 stands at $15 billion and its workforce is in the range of 3,000 people with an average annual salary of $87,360. There are approximately 100 full-time job openings currently posted.

The company has committed to hundreds of millions of dollars worth of expansion in 2021 within the existing 2.9 million square feet of space at Fab 8 and has secured approval to build an entirely new factory when production demands call for it.

For the indirect benefit, consider the following data from the state Department of Labor and the federal Bureau of Labor Statistics showing changes from 2010 to 2019 in the four large counties of the Capital Region — Albany, Rensselaer, Saratoga and Schenectady:

Four current and former officials with various vantage points of the process through the years discussed the impact of GlobalFoundries this past week.

Dave Meager, Malta town supervisor from 1972 to 2005, left office before the groundbreaking, but was there through the thick of the deliberations about making Luther Forest a shovel-ready site approved for a future chipmaker. 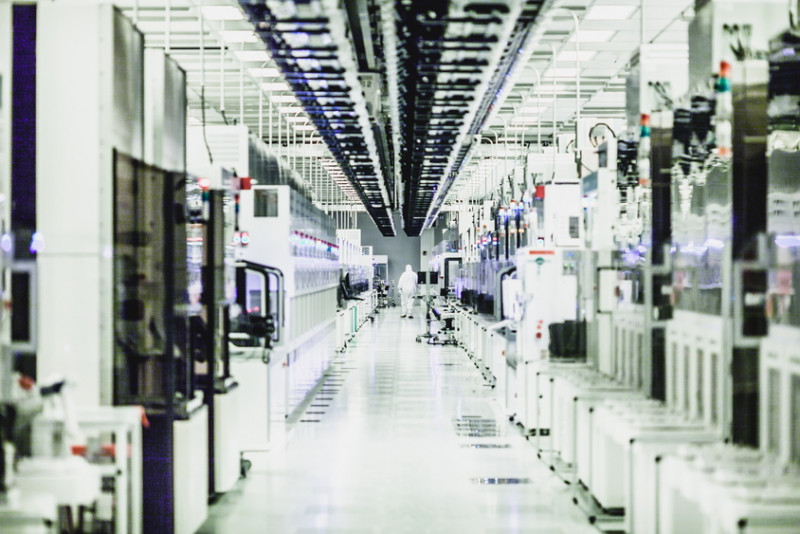 “I very well remember the process. It was a two-year process to go through drafting the [planned development district] legislation to allow it to move forward. I was glad the project came at the end of my career,” he said, meaning he had the benefit of decades of experience when the matter came before the town.

It was hugely complex, spanning town and school district borders, as well as controversial for its sheer size and environmental impact. And despite all the people involved at so many levels, Meager said, it would not have all come together without state Senate Majority Leader Joseph Bruno, a Rensselaer County Republican who funneled extensive funding and support to projects across the Capital Region as one of the three most powerful leaders in Albany.

Meager, now 82, attended the still-new Shenendehowa High School when its biggest club was the Future Farmers of America. Construction of the Northway has had the biggest impact on his hometown in his lifetime, changing it from farms to suburbs, but GlobalFoundries has to be ranked No. 2, he said.

“I think anyone who drives through Malta would see the commercial growth that has occurred. I think GlobalFoundries was a big part of it,” he said.

Fab 8 sits squarely in the district of Assemblywoman Carrie Woerner, D-Round Lake, and she is very aware of its impact over the past decade.

“I think that news about the census this week has been on a lot of people’s minds,” she said, referring to a preliminary count that showed the slow-growing state would lose a congressional seat because of population shift to other states.

“Saratoga County has been one of the few upstate counties that actually grew in the last 10 years,” Woerner said. “I don’t think that’s coincidental. It has fueled regional growth in population.”

A young, diverse cohort has relocated to the area to work at Fab 8, she said, while the talent pipeline that has developed to serve the factory benefits other employers as well. 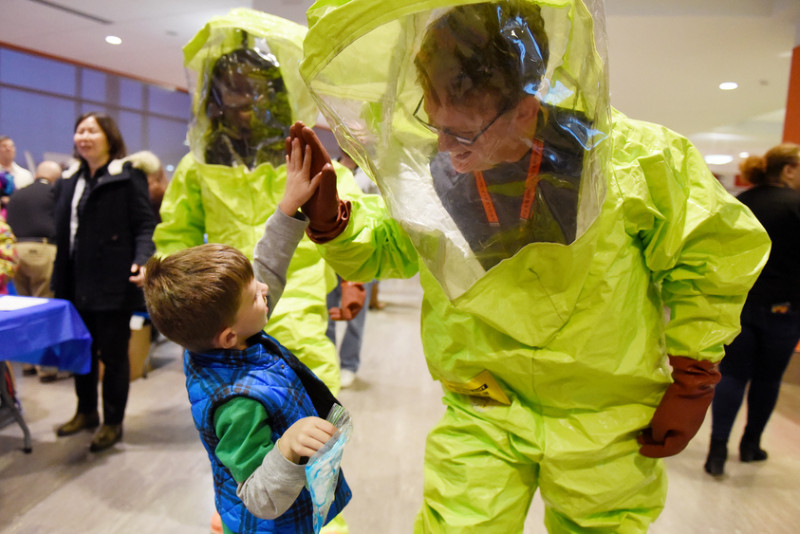 Domonic Summers, 6-years-old of Burnt Hills, gets high-fives from GlobalFoundries employees Mitchell Bovey of Round Lake, and Jermaine Sykes of Clifton Park (back), in their body suits during a STEM Fair at GlobalFoundries in Malta on Monday, Nov. 12, 2018. ERICA MILLER/GAZETTE PHOTOGRAPHER

“I think it’s been terrific for us in a lot of different ways,” she said. “I’m so excited that they’ve now located their headquarters in Luther Forest.

“My hope would be that the next chip company or high-tech company that wants to locate in New York would locate here.”

Public funds spent to make Fab 8 possible has proved a wise investment, Woerner said, and the proposed $25 billion federal subsidy for the chip industry would provide a similar return on investment.

Saratoga County Chamber of Commerce President Todd Shimkus outlined some of the direct and indirect benefits the area has experienced beyond the semiconductor industry.

Ten new hotels were built, most with an extended-stay component, Shimkus added.

“Our tourism market had largely been tourism and groups, and what Global did is create a base of commercial travel,” he said.

GlobalFoundries indicates two-thirds of its employees live within the county. Shimkus called that a direct benefit, because people typically spend money where they live; prepandemic, there would be 70 to 80 ribbon-cuttings a year in the county.

“It was a game-changing situation for us,” Shimkus said.

PART OF AN ECOSYSTEM

Shelby Schneider worked for the Saratoga Economic Development Corporation in the early 2000s and was involved with the effort to bring a chipmaker to Luther Forest as administrator in Saratoga County of the Empire Zone program, a now-expired state economic development subsidy that was critical in landing Fab 8.

She’s now president of the Saratoga County Prosperity Partnership, another economic development agency, and sees potential for further development of the industry sector.

“I think given the announcement that GlobalFoundries is moving its headquarters from Santa Clara to New York it’s going to make the area more of a tech hub,” Schneider said.

It was an immense effort to get it here in the first place, she recalled. Chip Fab 98, though it didn’t land the Samsung chip fab it was courting, provided useful knowledge, she said.

A web of cooperation, subsidies and approvals was woven together over years by two towns, two school districts, two utilities, economic development agencies, the county, the state and the federal government to make the pitch that ultimately was successful, Schneider said, and the resulting chip fab has far exceeded expectations.

The surrounding areas of Luther Forest have never developed into the industrial park full of supporting businesses that once was envisioned. There are several reasons for that, Schneider said, notably consolidation within the semiconductor industry.

With only one chip fab on site, there’s not as much impetus to site a new business nearby.

That’s why the $1 billion Cree chip fab being built outside Utica is important, as will be any expansion of Fab 8 and any construction by another company — they are not individual sites but a local industry.

“The bigger the ecosystem, the more [interest] we’re going to see,” she said.