SCOTIA – A large fire Sunday in a log storage area off Sunnyside Road made for a late night for firefighters from around the area, but everyone went home safe, Scotia Fire Chief Kenneth M. Almy said Monday.

No firefighters were injured battling the fire, though a couple were treated for medical issues, Almy said.

The fire broke out at around 5 p.m. at the area off Sunnyside that is owned and operated by D&L Tree Service, Almy said.

The area, about 7 to 8 acres, is used to store trees taken down by the service, Almy said. 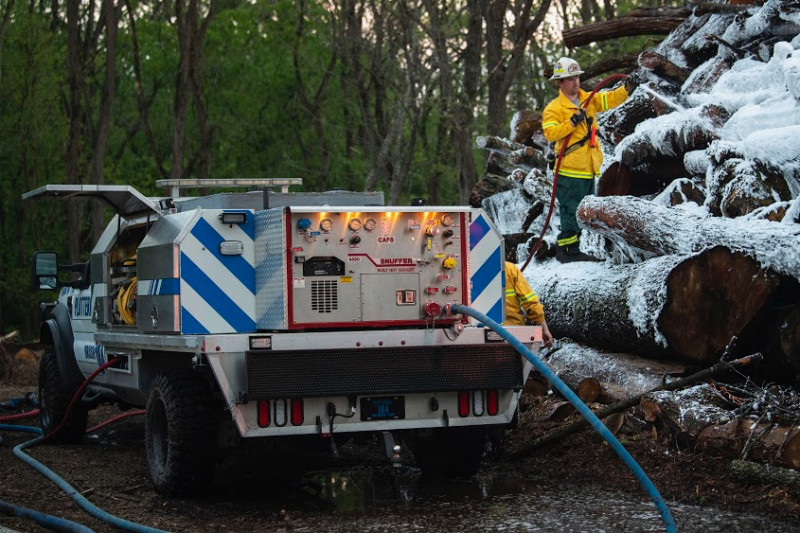 Firefighters arrived to find a large pile of logs staring to burn. The number of logs and the size of the scene meant they quickly brought in additional resources. Almy estimated 20 departments from around the area eventually arrived to help.

“It was pretty manpower-intensive,” Almy said.

They brought in brush trucks and specialized equipment. The fire also began to spread to the adjacent treetops, Almy said.

State forest rangers came in to assist and Schenectady County brought in drones to help map the area, Almy said.

Firefighters remained on the scene until 2 a.m., he said.

Firefighters were mindful throughout of the scene, unpredictable piles of logs on fire, Almy said. He estimated some piles were 15 to 20 feet high.

A Google satellite view of the area shows multiple long rows of stacked logs back in the trees, accessible from Sunnyside by an access road. 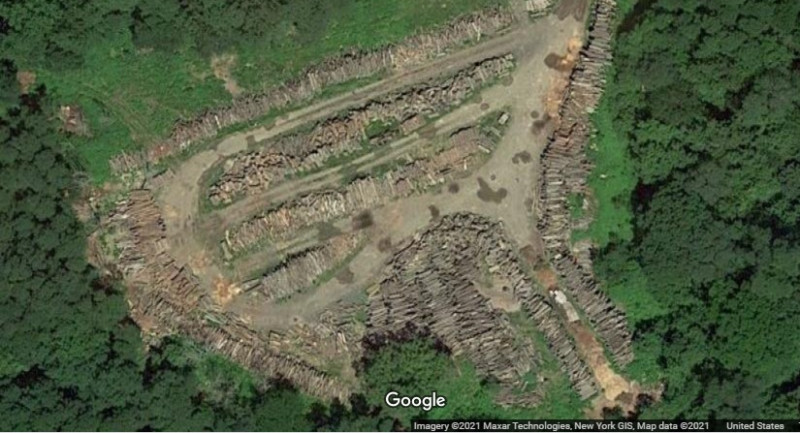 An overhead view from Google. See the full image on Google Maps.

“That’s a very dangerous, flexible area we were working in,” Almy said, noting they made sure to have enough resources as night fell. “We were worried the log piles were collapsing and made people aware of their surroundings and kept them back.”

Almy expressed appreciation for the help of all the support agencies.

“Everyone worked hard and went home safe,” he said. 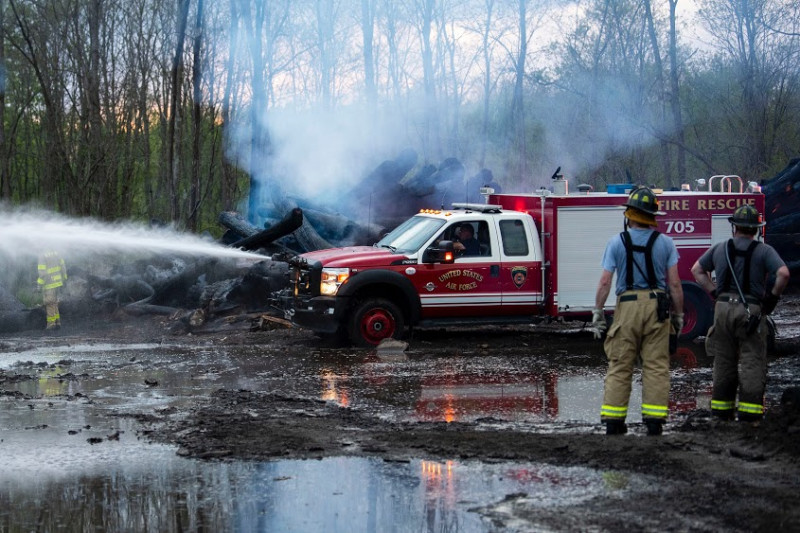 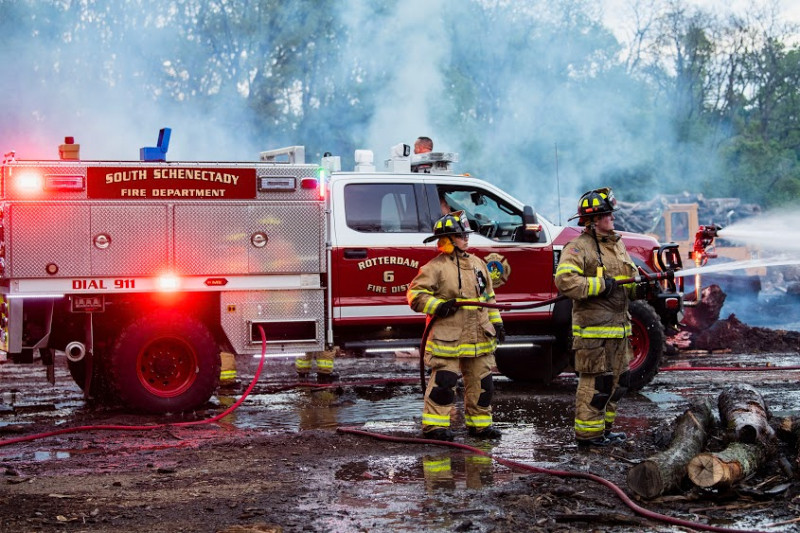 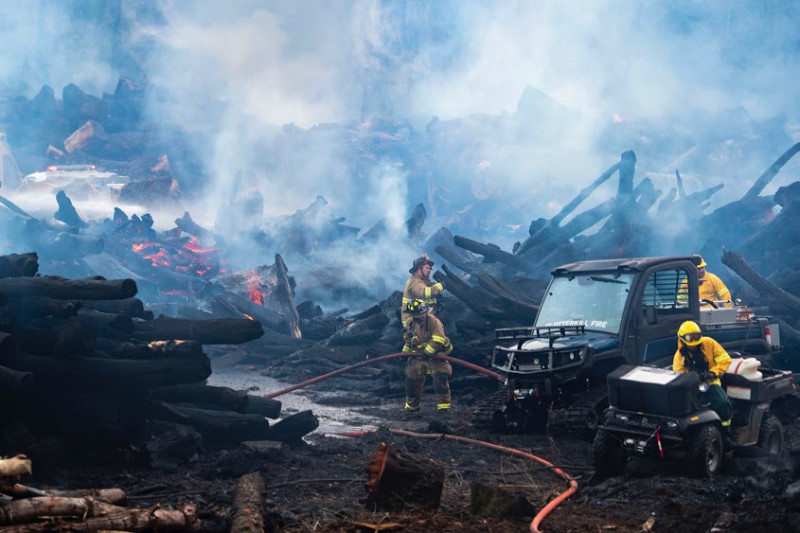 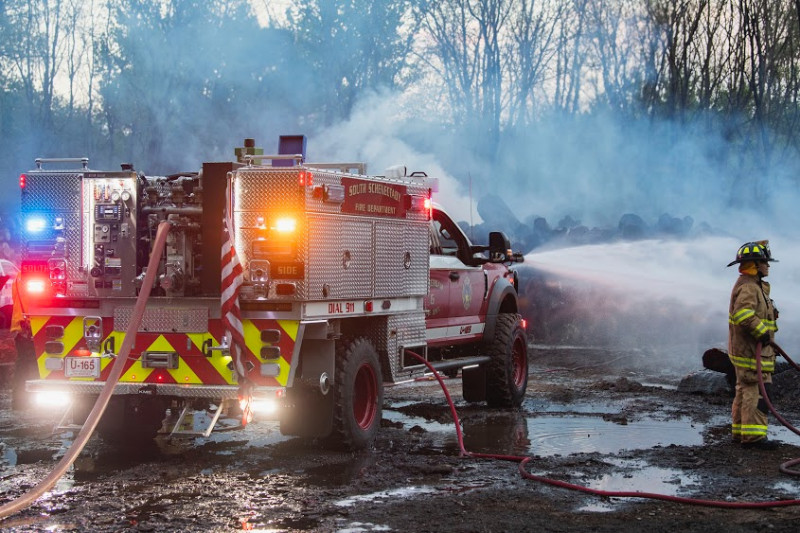