One of those hurt, a 15-year-old boy, was in critical condition later Wednesday, police said.

The crash left the red sedan the three were in pinned under he FedEx truck trailer.

A 53-year-old man, and two teen boys, ages 14 and 15, were extricated from the car by the Fire Department. The man and 14-year-old were in stable condition, while the 15-year-old was in critical condition at Albany Med, police said.

One of the injured parties was taken by helicopter, according to information available at the scene.

The occupant taken by helicopter was first taken to the SUNY Schenectady parking lot, where the helicopter waited to take the person to Albany.

The crash happened just before 1:30 p.m. on State Street at Chestnut Street.

State Street between Hulett and Catherine streets will remain closed for the investigation.

Police were called to Hilderbrandt Avenue and Moyston Street on multiple reports that two people were fighting. Callers indicated one of the those involved had an ax, and there was talk that a weapon, possibly a gun, was present.

Additional calls reported seeing at least one of the people involved in fight leave in a red four-door sedan.

But as officers got out of their vehicle to approach the occupants of the sedan, the driver sped westbound on Victory Avenue and turned left onto Chestnut Street.

The task force officers got back into their car and tried to catch up to the suspects. As police turned onto Chestnut Street, they saw the sedan strike the FedEx semi trailer.

The officers called for additional police and Fire Department medics.

It wasn’t made known if the ax or if a firearm were recovered. 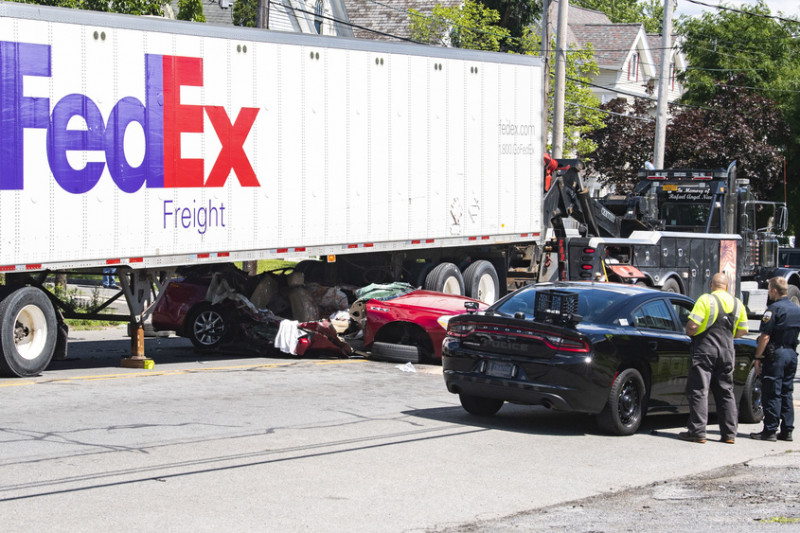 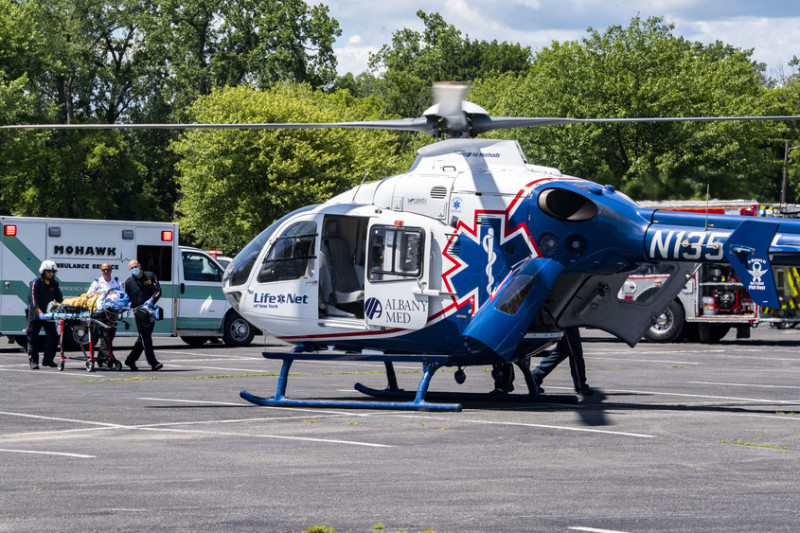