A crowd announced at 38,525 paid admission at Saratoga Race Course was treated to a variety of intriguing moments on Whitney Day. Before the long roster of stakes races even began Saturday, Hall of Fame trainer Steve Asmussen broke the all-time career record for training victories in North America with his 9,446th, when Stellar Tap won the fifth race. Then, the stakes parade began, with State of Rest winning the $1 million Saratoga Derby Invitational, Bella Sofia taking the Grade I Test and Knicks Go dominating the main event, winning the $1 million Whitney by 4 1/2 lengths. (Photos by Erica Miller/The Daily Gazette) 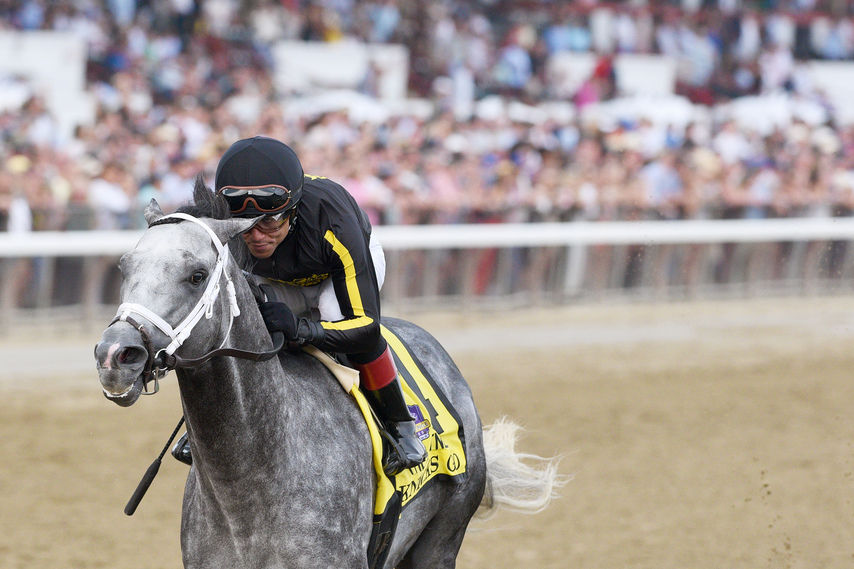 Knicks Go and jockey Joel Rosario roll home to win the Whitney by 4 1/2 lengths at Saratoga on Saturday.