AMSTERDAM — Sam Zurlo became a part of local history while covering the city and Mohawk Valley for decades as a long-time reporter for The Daily Gazette and hosting a radio show on WCSS.

“He was there as the mills moved out covering that story … He covered the creation of the downtown mall and reconstruction of Amsterdam in the 70s and 80s,” recalled Bob Cudmore, local historian and former radio host.

Zurlo’s career as a newspaper reporter and radio personality spanned over 60 years. He got his start in radio at a small station in Lumberton, North Carolina in 1953 before entering the Army and working for Armed Forces Radio. Following his service, he returned to his hometown of Amsterdam and worked at WCSS.

Zurlo became a reporter for The Daily Gazette in the Amsterdam bureau in 1958 and remained with the paper until his retirement in early 1993. Yet, he continued working in radio until retiring from WCSS at the end of 2017.

Zurlo, who was described definitively as “the reporter” by former colleagues, died on Monday at age 90.

“When I came to the paper in 1976, Sam was sort of a legend up the Mohawk Valley. He was ensconced in Amsterdam,” said Jim McGuire, former Daily Gazette reporter covering Fulton County. “He probably covered the Mohawk Valley better than anybody who ever claimed to be a reporter. It was a lot of fun to work with him.”

Stephen Williams, who retired from The Daily Gazette in June, first met Zurlo while working as a cub reporter at The Recorder. Although Zurlo was technically a competitor, Williams remembers the seasoned senior reporter was generous in sharing his hard-earned knowledge.

“I was coming from out of state and knew nothing about Amsterdam. Sam was very patient and kind in answering my questions. He was definitely easy to get along with and good to young reporters. I drew encouragement from Sam at a point when I’m sure I needed it,” Williams said.

There are no hard feelings for all the times Zurlo beat the newcomers to The Recorder to a story.

“We were constantly getting scooped by Sam, but they were very good scoops. He sat through all the school board and city council meetings. He knew the inner workings of the Amsterdam city council like nobody else,” Williams said. “No matter where you went, it seemed like Sam was already there.”

Zurlo seemed to know everyone and enjoyed connecting with people during his career in radio, Cudmore recalled.

“He stayed in touch with a lot of people, would help them out and offer advice and information,” Cudmore said. “I think anybody you talk to will say Sam was approachable, he was honest and was really kind of a joy to know. He really made the world a better place for having been in it.”

By all accounts, Zurlo was a consummate professional who treated callers, sources and anyone he encountered with respect. Although he never shied away from telling the whole story.

“He would try to find out the motivations of people. He was not afraid to speak truth to power. He wasn’t afraid to confront the different political leaders over the years about what they were doing and why,” Cudmore said.

Zurlo’s sources never dried up, McGuire said, because of the way he treated them.

“I had enormous respect for Sam. It’s only grown over the years as I progressed through journalism and I realized the amount of dedication he had to put into it to make it his lifelong work,” Williams said.

U.S. Rep. Paul D. Tonko, D-Amsterdam, expressed sadness on hearing about the death of the long-time reporter who covered him throughout his political career from its beginning on the Montgomery County Board of Supervisors.

“Sam effectively informed and inspired people through the media as a news reporter and a talk show host. He provided a stage through which people could share their concerns and comments—always leading with respect and dignity, never serving to deny or divide the community but always building the area he called home with intense passion. That passion will be sorely missed,” Tonko said in a prepared statement. 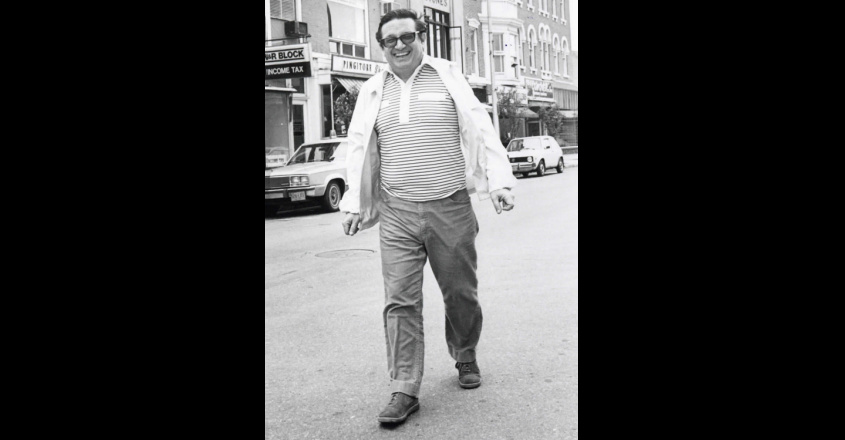 While acquiring a deep knowledge of the city throughout his long career, Mayor Michael Cinquanti said Zurlo became a part of local history.

“No one could surpass Sam’s knowledge of all aspects of our city,” Cinquanti said.

His voice was also a part of everyday life for many city dwellers during his time at WCSS.

“As soon as he said good morning Amsterdam, everybody knew who was there he didn’t have to say this was Sam Zurlo,” Cinquanti said. “He was a local treasure.”

For every resident who felt they knew Zurlo after listening to him over the airwaves for years, Diane Keller, his daughter, said they more or less did.

“He was pretty much an open book,” Keller said.

Keller herself was a frequent listener from her home in Connecticut, streaming the radio show online during its later years.

“What a special thing to be able to start your day listening to your dad who is 175 miles away from where you live, but still being able to hear him and start your day like that. It was one of my favorite things,” Keller said.

Listeners and readers might not have known of her father’s sense of humor taking in his work. Or the amount of effort he put into researching various subjects to be able to have an informed discussion.

“He knew a little bit or sometimes a lot about everything. At night he would say he was going to do his homework. He would research things so he was well versed the next day so he could have an intelligent conversation,” Keller said.

Although he spent much of his career working multiple jobs to provide for his wife and kids, Keller said family was always the priority for Zurlo. He was married to his wife, Harriet, for 65 years until his death. They had three children: James Zurlo, Debbie Clements and Keller.

“He was the most amazing father, there wasn’t anything he wouldn’t do for any of us three kids. He was hard-working, sometimes working three jobs to make sure we were never wanting,” Keller said. “It didn’t matter if you called in the middle of the night, if you had a problem Dad was always there he was 100 % your supporter.”

Zurlo was home for dinner most nights, often coming home from the office before heading back out to cover a meeting. In the morning, he would see his children off to school. Despite the long hours, he always maintained a positive attitude.

“I never heard him talk negatively,” Keller said. “He did work so hard and never complained.”

Keller said he made his children’s significant others feel a part of the family and was delighted to welcome his grandchildren.

“His family was his pride and joy from his children to his grandchildren. Now he has a great-grandchild,” Keller said. “That was like the cherry on top for him.”

A concelebrated Mass of Christian Burial will be held for Zurlo on Friday at 11:30 a.m. at Sacred Heart Roman Catholic Church at 111 Third Ave., Tribes Hill. Burial with military honors will follow at 2:30 p.m. at Gerald B.H. Solomon, Saratoga National Cemetery.

Relatives and friends are invited and may call prior to the Mass beginning at 9:30 a.m. at the church. Masks are required. In lieu of flowers, contributions in Zurlo’s memory may be made to the Foundation of the Montgomery County Office for Aging.

Reach Ashley Onyon at [email protected] or @AshleyOnyon on Twitter.