DUANESBURG — Two Schenectady residents drove their trucks on state snowmobile trails then got them stuck, requiring a three-hour operation to get the trucks out, state Department of Environmental Conservation officials said this week.

The incident began just before 9 a.m. Sunday as state police received a call for disabled vehicles in Duanesburg, records show.

DEC Central Dispatch received a call about vehicles off-roading at Featherstonhaugh State Forest, which is located south of Mariaville Lake.

The DEC forest ranger then responded and met with state police and the owners of the vehicles. The owners then brought the ranger and troopers to the vehicles that had gotten stuck on the snowmobile trail.

State police requested a tow truck, “which required more than three hours of work and a skid steer with a recovery winch to remove the vehicles,” the DEC said in a release.

The ranger then issued the tickets to the pair, the DEC said.

The DEC also included photos of the trucks as they were stuck in the mud, as well as another photo showing damage to the trail.

Further information on repair to the trail was not immediately available Wednesday. 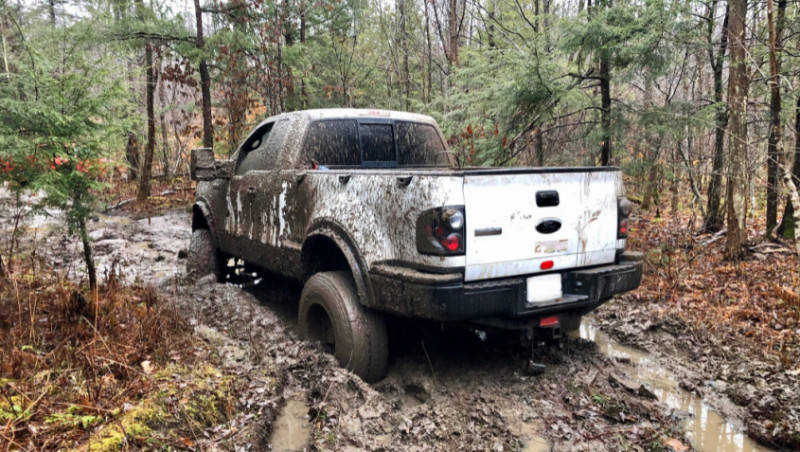 The other truck that got stuck. CREDIT: DEC 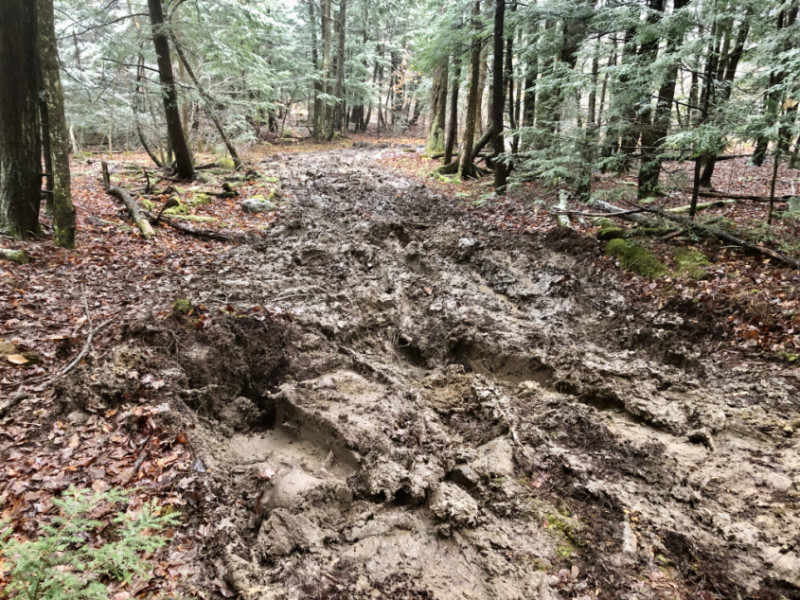