Police identified the driver as Albert McCoy, 28, of Glenville. He was charged with driving while intoxicated and ticketed, Janik said.

The incident happened just after 1:30 a.m. as McCoy headed south on Freemans Bridge Road in Glenville, into Schenectady, Janik said.

McCoy’s vehicle moved from its lane abruptly, struck the curb and rolled over, Janik said. It came to a rest on its side.

McCoy was taken to Ellis Hospital for treatment of minor injuries, Janik said.

Schenectady responders were first on the scene, however Glenville police investigated due to the vehicle’s location on the bridge, officials said.

McCoy was ticketed and released to appear in court later. 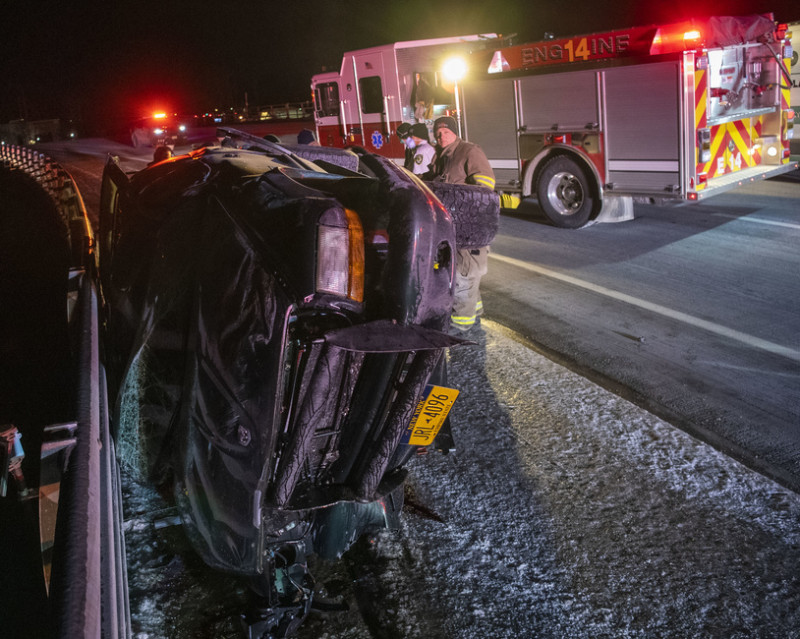