“Golden Pal heavy favorite in Troy on busy weekend of stakes,” by Mike MacAdam with photos from Erica Miller

Trainer Wesley Ward likes to give his horses a shot at winning big races in England, which hasn’t worked out all that well for the horse he’s called the best he’s ever trained.

Golden Pal wins everywhere else, though, including Saratoga Race Course, and, at 1-2 on the morning line for Friday’s Grade III Troy, he’s almost the heaviest favorite on a weekend heavy with stakes.

It’s Whitney Week, and besides the $1 million main event on Saturday, the New York Racing Association will offer seven other graded stakes worth a total of $3.15 million Friday through Sunday, as well as two ungraded stakes each worth $135,000.

His name suggests short bursts of travel at high speed.

His resume suggests the opposite.

Hot Rod Charlie’s rollicking long-distance tour continues on Saturday with his first-ever appearance at Saratoga Race Course, in the $1 million Grade I Whitney.

“Chatting at the track with … David Aragona,” by Will Springstead with photos from Erica Miller

David Aragona is what one might call a numbers and rhythm guy.

As a dual major in computer science and music at New York University, Aragona found a way to work in both music – Carnegie Hall, specifically – and horse racing before settling on horse racing.

“I use very little of either one these days,” Aragona said, chuckling, about his two majors.

He currently works for the Daily Racing Form as a TimeformUS analyst, in which he basically analyzes races to suggest horses and things to watch to the public. He’s also the linemaker for the New York Racing Association tracks.

“Life Is Good 6-5 favorite in six-horse Whitney field,” by Mike MacAdam with photos from Erica Miller

What does a horse with a five-race winning streak, the last four of which were graded stakes, have to do to be a favorite?

Well, don’t run in the Whitney against Life Is Good, for one thing.

Life Is Good is the 6-5 morning-line favorite for the 95th running of the nine-furlong Grade I $1 million Whitney at Saratoga Race Course on Saturday, after a six-horse field was drawn on Wednesday morning. 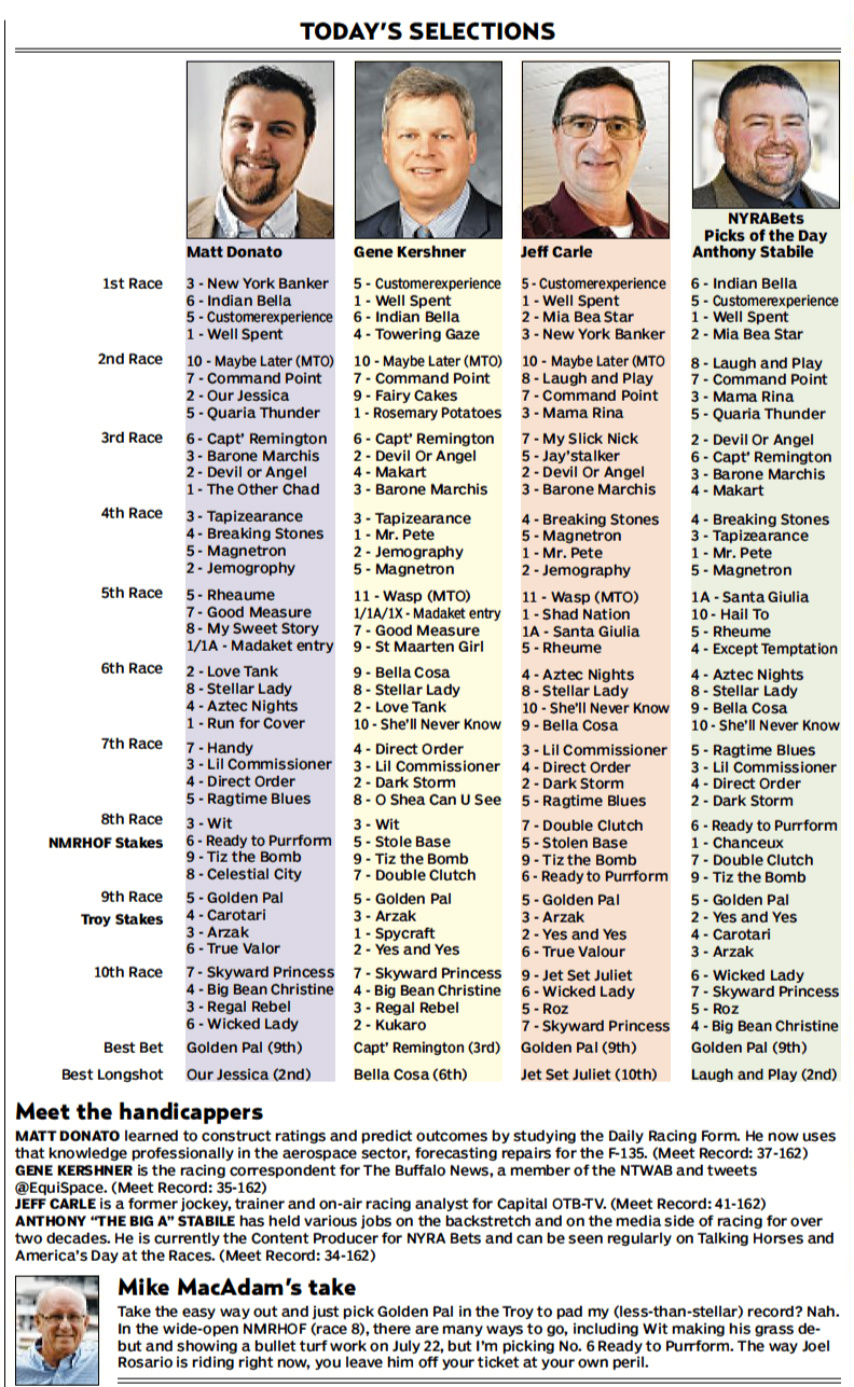