Brown appeared in court on the charge Thursday morning.

“For owner Lee Einsidler, an emotional ride to Fourstardave win,” by Teresa A. Genaro with photos from Erica Miller

By most measures, Lee Einsidler lives an enviable life. The grandson of a man who ran a speakeasy during prohibition, he worked in his father’s liquor store, then rose to the top of the liquor distribution business, first as the CEO of Sidney Frank Importing Company, which created and launched Grey Goose vodka, and now as the CEO of Casamigos, the premium tequila company founded in 2013 by actor George Clooney, former model Randy Gerbe, and businessman Mike Meldman.

He grew up going to the races with his father; when his high school friends went to watch the Mets or the Yankees, Einsidler would head to Belmont or Aqueduct for Thoroughbreds, Yonkers or Roosevelt for harness racing.

“Over the years, the track has always been like the great escape for me,” he said this week. “I get to the track and I leave the trials and tribulations of life behind. The whole world could be on fire and I’d have no idea if I were at the track.”

“Next step for Sausville is prestigious Flying Start program,” by Mike MacAdam with photos from Erica Miller

Alex Sausville is up for a game of horse.

As a senior guard on the Scotia-Glenville boys’ basketball team in 2014, he went 8 for 13 from 3-point range as the undefeated Tartans beat East High to win the Class A state championship in Glens Falls.

But to say he’s “up” for a game of horse these days has nothing to do with making creative shots and everything to do with the night shift – 6 p.m. to 7 a.m. – watching pregnant mares.

He recently completed the six-month Thoroughbred Breeding Management Course at the Irish National Stud (INS) in County Kildare, Ireland, during which one of his responsibilities was to keep an eye out for any mares going into labor and helping with the delivery.

His eight 3-pointers in the 2014 championship game was a tournament record; his eight “assists” on foal patrol at INS was a one-night personal record.

And it may not have happened at all if her owners hadn’t resisted a wave of purchase offers after Damon’s Mound won his first career start by 12 1/2 lengths six weeks ago.

The offers are sure to continue. 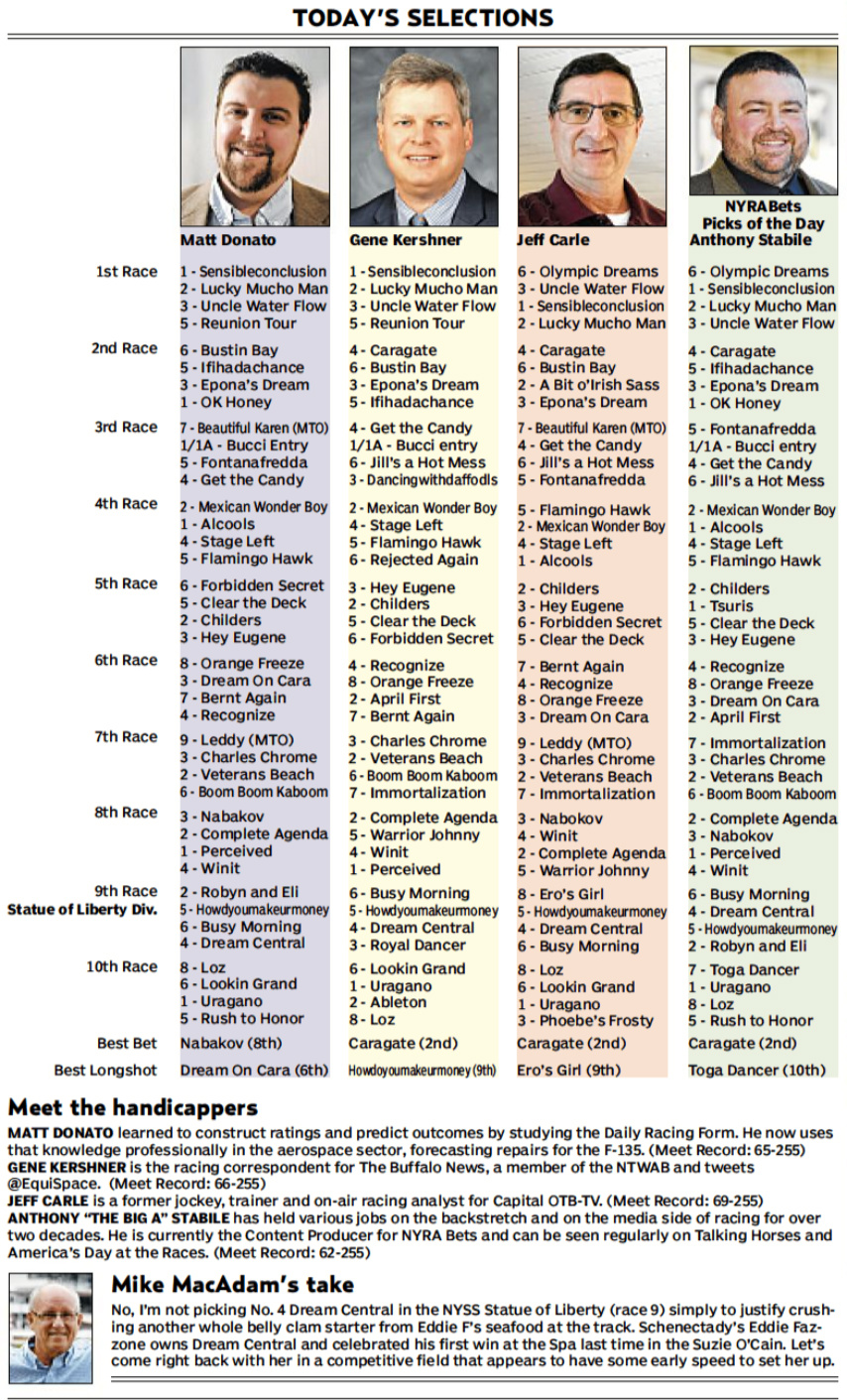