“At the Track: Chatting with Amelia Green,” by Will Springstead with photos from Erica Miller

Exercise rider and former professional jockey Amelia Green, 29, is from Nottingham, England. Her grandfather trained National Hunt horses, and she rode show jumpers there, but decided she wanted to up her game. And a nine-week stint at the British Racing School did just that.

“Then I learned I like to go fast, so it seemed like a good fit,” she said recently.

She stayed in England for her apprenticeship and journeywoman days before going to California.

After a stint there, she landed a job with Hall of Fame trainer Todd Pletcher. Naturally, she has ridden many good horses while working for him, but she has been the exercise rider for Life Is Good – winner of this year’s Whitney, Pegasus World Cup Invitational and 2021 Breeders’ Cup Dirt Mile – since the horse was transferred from Bob Baffert to Pletcher shortly over a year ago.

She talked about her life and career with The Daily Gazette recently.

Brown appeared in court on the charge Thursday morning.

“Golden Rocket, longest shot on the board, wins NYSS Statue of Liberty,” by Mike MacAdam with photos from Erica Miller

The post-race celebration was so genuine, joyful and boisterous that even jockey Manny Franco couldn’t help but smile.

And his horse came in fifth place.

Golden Rocket, a former cheap claimer who was sent off as the longest shot on the toteboard, became a stakes winner on Thursday when he and apprentice jockey Jose Gomez won the Statue of Liberty Division of the New York Stallion Series by a half-length at odds of 33-1.

“For owner Lee Einsidler, an emotional ride to Fourstardave win,” by Teresa A. Genaro with photos from Erica Miller

By most measures, Lee Einsidler lives an enviable life. The grandson of a man who ran a speakeasy during prohibition, he worked in his father’s liquor store, then rose to the top of the liquor distribution business, first as the CEO of Sidney Frank Importing Company, which created and launched Grey Goose vodka, and now as the CEO of Casamigos, the premium tequila company founded in 2013 by actor George Clooney, former model Randy Gerbe, and businessman Mike Meldman.

He grew up going to the races with his father; when his high school friends went to watch the Mets or the Yankees, Einsidler would head to Belmont or Aqueduct for Thoroughbreds, Yonkers or Roosevelt for harness racing.

“Over the years, the track has always been like the great escape for me,” he said this week. “I get to the track and I leave the trials and tribulations of life behind. The whole world could be on fire and I’d have no idea if I were at the track.” 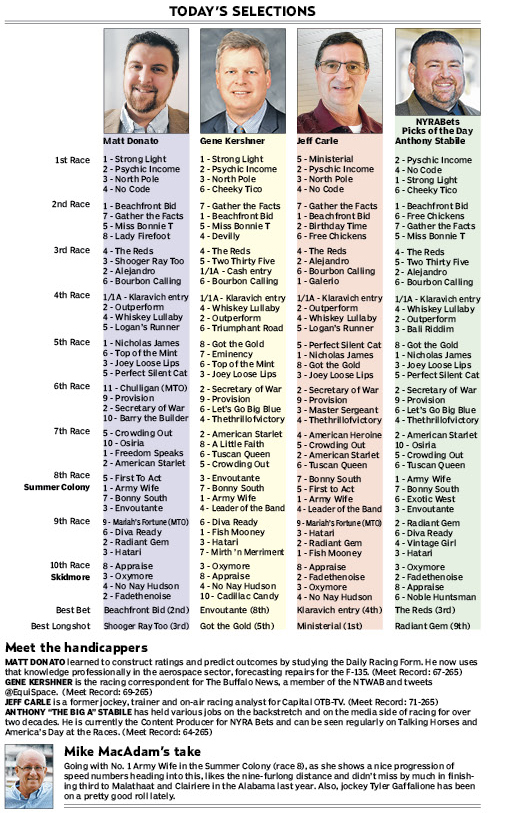