WEIGHING IN – Police officers spend a lot of time responding to the squeakiest wheels.

This leads to an inequitable distribution of police services, something Schenectady Police Chief Eric Clifford likened to the “tail wagging the dog,” during a well-attended event Tuesday at Proctors announcing the citywide rollout of a new policing software. 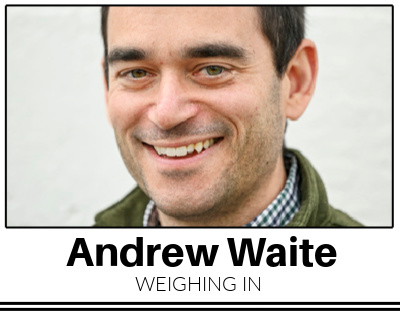 Admittedly, I came into Tuesday’s presentation somewhat skeptical about whether the Patrolfinder technology, which is made by Schenectady-based Transfinder and is making its debut with our local police force, could meaningfully transform the way policing is done in the city.

I left the presentation a believer.

Was I just awed by a slick five-minute promotional video that played on the two-story-tall screen inside the GE Theater at Proctors? Perhaps.

But, in truth, I believe the technology can help the Police Department deploy its officers more efficiently, fairly and transparently, which will allow the department to better serve everyone. While we should all reserve judgment as we wait and see whether the technology actually makes a difference, my trepidation — for now — has been trumped by optimism.

In some ways, the Patrolfinder technology turns policing into a game of Pac-Man. I’m not trivializing it. This was a description used by Transfinder CEO Antonio Civitella.

On tablets and phones mounted inside patrol vehicles or on bicycles, an app that depicts a map of Schenectady’s streets lined with dots tells officers where to patrol. Icons mark recent incidents or known problem spots and provide officers a real-time look at where their focus should be, as well as where other officers are currently deployed.

The app tells members of law enforcement which streets have been neglected by police and which have, perhaps, received undue attention. Administrators can set patrolling goals for individual locations.

Initially, this all sounds a little underwhelming. So, it’s basically a marked-up map of the city? Doesn’t social media allow all of us to do this all the time already? Isn’t this essentially the same as Google location sharing?

Apparently, it’s cutting-edge for the Schenectady Police Department, which says a lot about how much room there is for improvement and how essential it is that policing catch up to everyday life.

Prior to rolling out this software, the Schenectady Police Department relied on printed lists of patrols. There was no map – just sheets of addresses and incident descriptions that officers would read through before heading out in a squad car. Patrolfinder lets officers visualize their patrols and share information, including photos and other incident details. It’s color-coded and clear.

Think Waze, the common navigation and traffic app, but for police.

There are likely to be some police-reform advocates who will criticize the rollout of this technology. It’s just arming police with another toy, they’ll say. It’s spending roughly $30,000 a year for 25 units and part of a $23.2 million budget that is too expensive already, they will argue.

Now, if you’re someone who truly wants to defund the police — as in, eliminate police funding — you aren’t going to be swayed by any argument that supports this technology, no matter how impressive the promotional video.

But for the vast majority of us interested in reforming what policing looks like, this kind of mapping technology represents a move in the right direction.

Patrolfinder can foster more equitable policing because it provides a form of accountability. The technology creates a visual record of where and how police are spending their time. In the way that body cameras and cellphone videos have given us all a lens into the sometimes unfortunate and troubling actions of some police officers around the country — and have helped inspire this current yearning for meaningful reform — Patrolfinder’s tracking should create more transparency.

The technology should also allow officers to make better use of their time. Much of the wasted effort that currently comes from redoubling patrol routes or debriefing between shifts can now go away. That frees police up for initiatives such as community relationship building or training that reinforces a more compassionate, holistic approach to policing.

All of that can help reform what police work actually looks like.

The data generated by the app should also let police operate from a more informed position. With some of the guesswork removed, police officers may be able to patrol with less fear, dialing down some of the high-stress job’s anxiety that we know can cause traffic stops or other routine incidents to escalate unnecessarily. Essentially, police can be more proactive rather than reactive.

A bonus is that Patrolfinder was created by a Schenectady company, meaning community members should have the opportunity to influence future updates, Transfinder CEO Civitella said. That’s exactly what the company did when developing its school bus-routing app.

In the near future, residents will likely be able to use the patrol app to communicate with police, Civitella said. They are likely to be able to create their own incident reports, much like insurance companies allow customers to file claims digitally, according to Civitella. Such a system could lead to more crimes being reported, which would lead to a more complete picture of crime in Schenectady and hopefully lead to more equitable distribution of police resources.

In other words, no longer will it just be a few squeaky wheels getting all the grease.