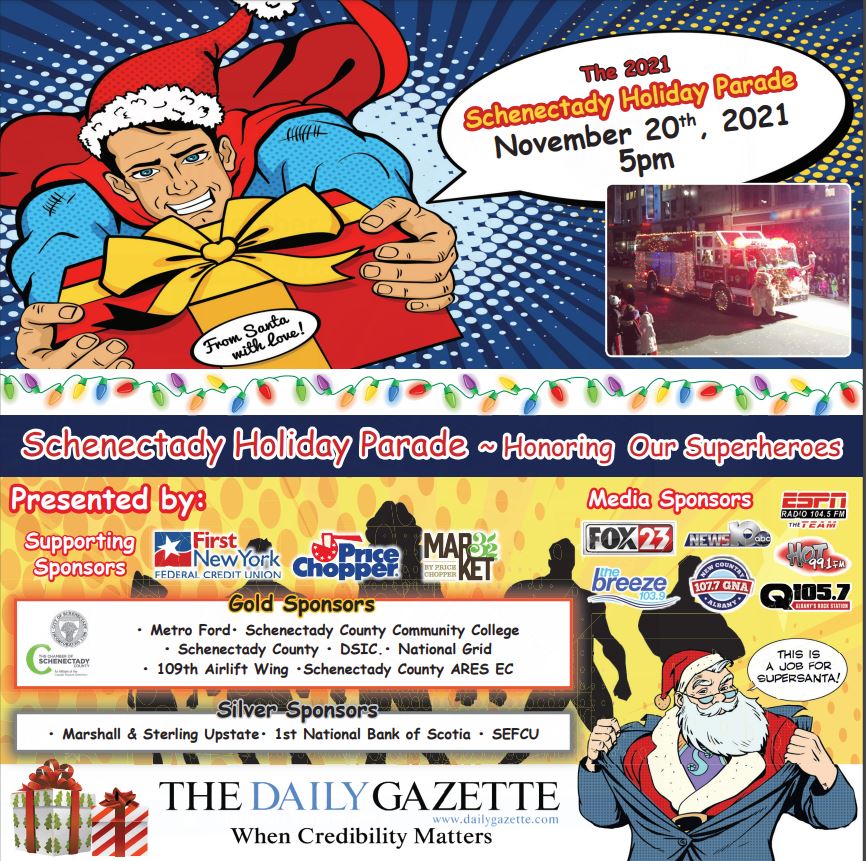 The 2021 Daily Gazette Holiday Parade in Downtown Schenectady will be held on November 20, 2021 at 5:00 p.m.  This will be the return of the Capital Region tradition after it was cancelled last year due to the Covid-19 concerns. The Daily Gazette, The Capital Region Chamber of Commerce, and the City of Schenectady will be coming together again to kick off the holiday season in Schenectady. The theme for 2021 is “Superheroes”.  Floats, dancers, bands, vehicles, and even the parade attendees will be ready to sparkle and celebrate the return of  Schenectady’s Holiday Parade. The parade will be honoring all superheroes – including comic book characters from childhood and our everyday heroes!

Participate in or Support the Parade

Interested in sponsoring or participating in the parade in 2022? Contact Kaci Palleschi, Events Manager of The Daily Gazette

Before the start of the parade at 4:00pm, there will be a special musical performance by Madison VanDenburg.  Madison was a fan-favorite, and top three finalist on season 17 of American Idol.  She will be performing a selection of songs to get everyone in the holiday spirit from the area in front of the Grand Stand on State Street. Madison will debut her new original Christmas song “The Light of Christmas” written by multi-platinum songwriters Kenny Lamb and Anthony Little at the Schenectady Tree Lighting and Holiday Parade on Saturday, November 20th. Madison chose to unveil “The Light of Christmas” in the Capital Region near her hometown of Cohoes, New York and the tree lighting event will be the first public performance of the song. 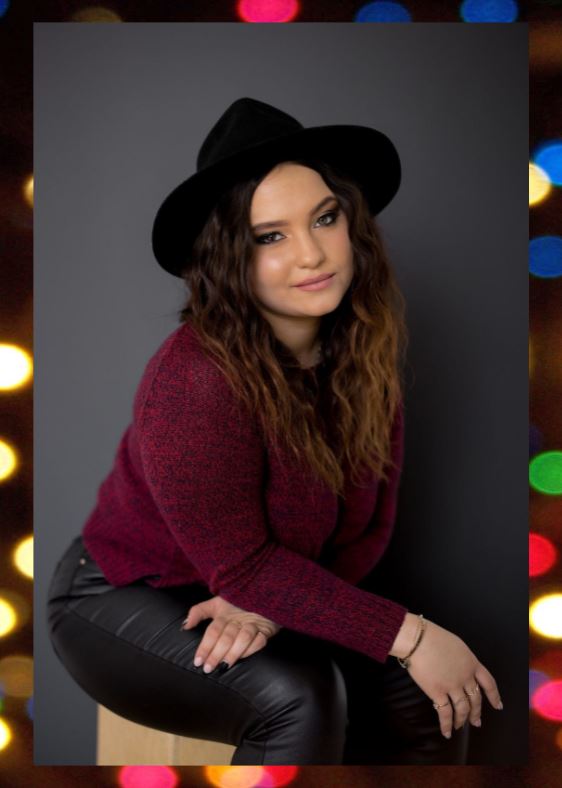 Between 3-4 p.m. the Schenectady Police Department will be closing several downtown streets including, but not limited to the following streets (intersecting streets will also be affected):

State Street (Broadway to the end of Western Gateway Bridge on the Scotia side): 4 p.m.

The following lots are conveniently located near the parade route:

For a map and details regarding all downtown lots, please visit https://parkschenectady.com/.

The parade starts at the SCCC parking lot, and goes up State Street before turning onto Lafayette St. 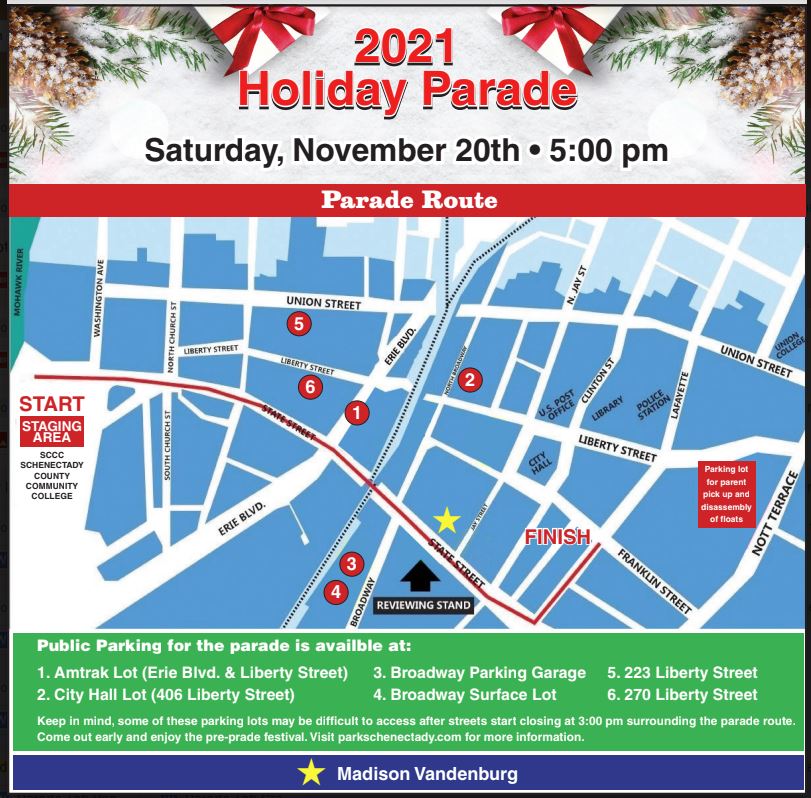