How does Delta-8 Compare? – The Daily Gazette

Delta-8 THC is one of the hottest—and most controversial—cannabis products on the market.

First off, marijuana has been approved for recreational use in 19 states, the District of Columbia, and Guam, but it remains illegal according to federal law. Delta-8 THC, however, is cannabis product derived from the hemp plant, which technically makes it legal at the federal level. Hemp became legal to grow after legislators passed the 2018 Farm Bill, and growers and those in the cannabis business have discovered Delta-8’s feel-good properties when consumed via vapes, tinctures, and edibles, resulting in a growing market for Delta-8 THC products.

The question for both new cannabis use consumers as well as seasoned consumers is, What exactly will Delta-8 THC do and how do its effects compare those of its cousin, Delta-9 THC, i.e., marijuana? The answers depend on a number of variables.

The bottom line is that Delta-8 will get a person high, but with only 50 to 75 percent of the psychoactive effect of the Delta-9 THC in marijuana, according to Food Safety News. This is why Delta-8 often appeals to new cannabis users—it’s a gentler high, often with less side effects.

Delta-8 produces a feeling of euphoria, and users report feeling acutely clear and focused after ingesting or inhaling it. Many say they feel extremely energized with Delta-8 THC without the paranoia, anxiety, or sleepy, bottoming out when the high wears off. Rather, Delta-8 THC has a calming, relaxing effect, and users often say they feel happy and euphoric after they have used this hemp-based cannabis product. 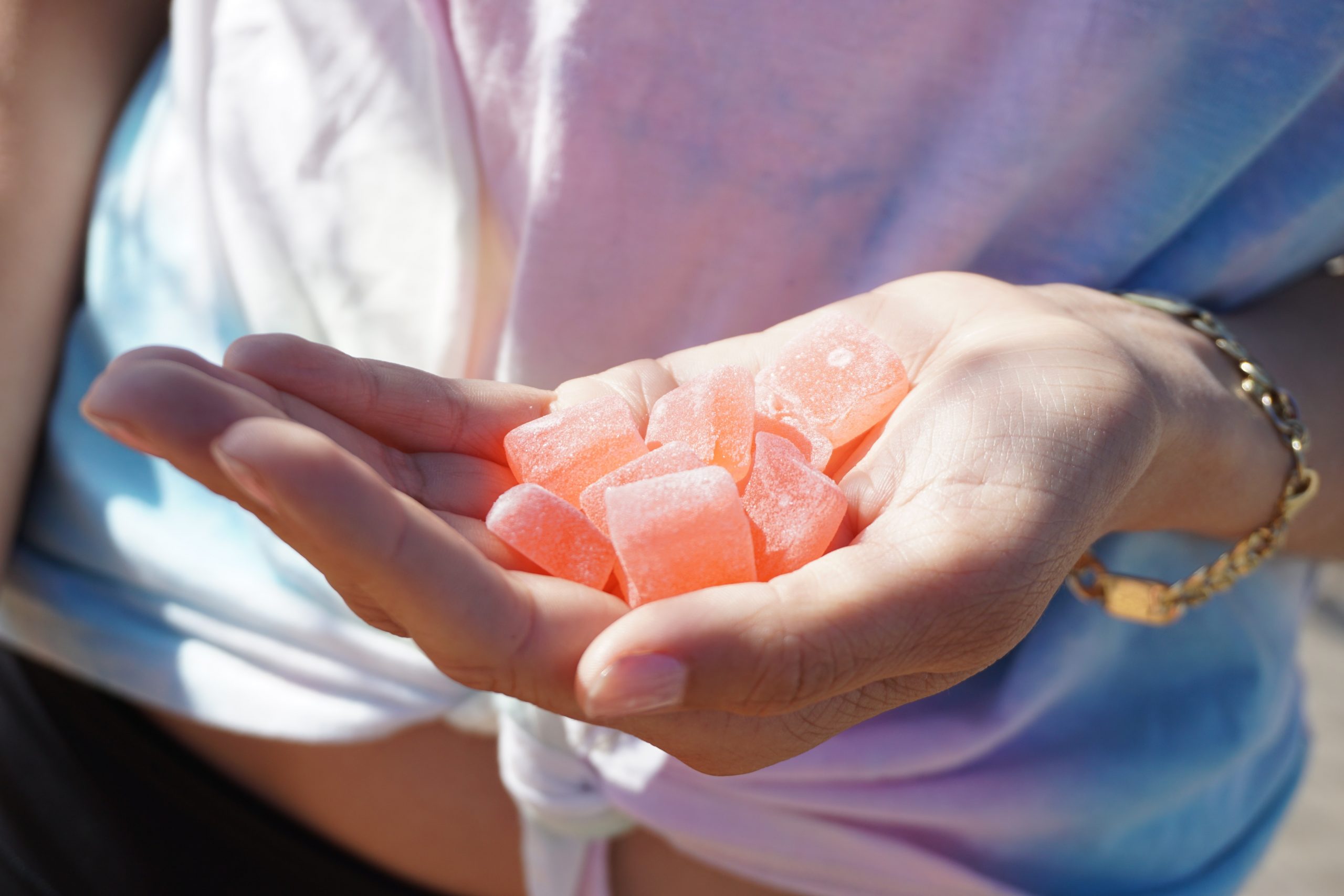 This is because of how Delta-8 affects the body. While the molecular formula of Delta-8 and Delta-9 is the same, a slight variation in their molecular structure causes them to produce very different effects on the body.

The high a person gets from Delta-8 THC depends on several factors. One is the form in which Delta-8 is consumed. For example, vaping Delta-8 produces an almost-instantaneous effect, in some cases, a “head rush,” whereas the effects from an edible such as a gummy, could take anywhere from half and hour to two hours to kick in. The slow onset of effects is why those who use gummies are cautioned against consuming too many too quickly; rather, they are advised to wait until they feel the effect of what they consumed initially.

Another factor that effects a person’s experience is his or her tolerance level. Just like a person who consumes alcohol regularly can drink more than an occasional drinker before feeling the effects, a routine marijuana user is less likely to feel strong effects from a moderate dose of Delta-8. A person’s body chemistry also plays a role.

New users are advised to start small, paying close attention to how much THC they are consuming. The percentage of Delta-8 THC a product contains can be determined by looking at its lab results, something a reputable retailer should provide. This way, a person can avoid over consumption and instead enjoy the euphoric effects of Delta-8.