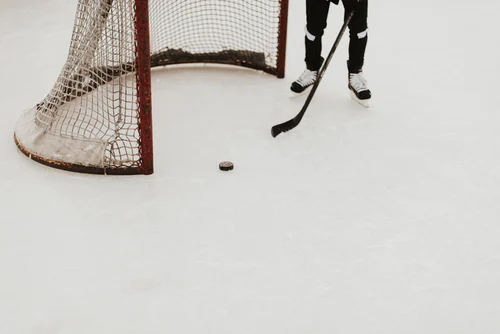 Are you someone who can’t wait to see the New Jersey Devils take to the ice again? It only happened once this year, so thousands of fans didn’t get their fix of adrenaline-filled skating. Thankfully, the 20/21 season is only around the corner, which means the NJD will be ready and raring to go in the New Year.

Seeing as a new campaign isn’t far away, there’s the inevitable urge to get ahead of ourselves and rank where the Devils will finish on the league table. Making predictions isn’t a smart move, because anything can happen in professional sport. So, let’s focus on what we do know.

Normally the salary cap isn’t a fan favorite, since it restricts teams from entering the market and signing the players they need to progress. But there is good news for New Jersey Devil supporters – there is plenty of money left in the piggy bank. Therefore, there shouldn’t be any hesitation from the people in charge regarding bringing in top-class players and letting the below-par ones go.

There’s always talk about who is coming and going in the offseason, yet it appears the Jersey-based franchise is keen on bringing in Taylor Hall, a dynamic left-winger who plays for the Buffalo Sabres. Should they pull it off, the Devils will have a strong squad for their opening fixtures, as a look at NJ sportsbook will highlight, which is exciting since we all know how pivotal it is to hit the ground running.

Nothing raises supporters’ spirits more than young, hungry players who they can hang their hats on throughout the campaign. Devils’ fans haven’t been the luckiest in this regard in the previous couple of seasons, but it appears as if this is about to change due to the emergence of the Three Musketeers – Nico Hischier, Jack Hughes, and MacKenzie Blackwood.

Sure, all of them have a long way to go before they have the consistency to propel their side up the table by grabbing games by the reins. Still, they play with fun and enjoyment when they are on the ice, and this brings a different element to the Devils’ games. Hischier is particularly exciting as he can score, defend, and do everything in between, which is why experts believe he’ll be a star for a very long time. Hopefully, they won’t have a ton of pressure on their shoulders – especially as Nick Merkley has been re-signed – because it might stunt their development.

Speaking of pressure, the New Jersey Devils don’t have to worry about supporters forcing them to bite off more than they can chew. Let’s face it – NJD haven’t been at the top of the tree for quite a while. Therefore, nobody expects a miracle, such as winning the Stanley Cup. Still, other options will set the team up for the next couple of years.

The Devils could conceivably qualify for a playoff spot with the players on the roster and given the fact that the Isles and Columbus are seemingly going backward. Even if a guaranteed spot in the top three is too much, there’s an opportunity to get there with a wild card place.

It’s impossible to guess how the New Jersey Devils will fare next season. One thing’s for sure, though – they seem as if they have a good shot of forming a strong base for the years to come.